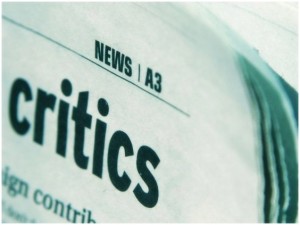 Unfathomable though it may be, not everyone loves Lent Madness. At meetings of the Supreme Executive Committee, we often shake our heads in disbelief that there are a few people who find Lent Madness less than magnificent. As a gesture of good will, Tim and Scott have decided to answer the Top Ten Criticisms of Lent Madness. Think of these as at-the-ready talking points if you encounter a Lent Madness hater over chicken casserole at your ubiquitous Wednesday Evening Lenten program. You're welcome.

10. The SEC is rigging the results
Believe us when we say this: we have been as surprised and even outraged as you at some of the results. No one can predict what will happen in Lent Madness, with emphasis on the madness. If the SEC were rigging the results, Scott would not be in the bottom half of the Forward Movement office bracket pool. Now, granted, Scott once ran a full-fledged smear campaign to get George Herbert crowned with the Golden Halo (here, here, here, and here). But now that the SEC is formed, both Tim and Scott remain scrupulously neutral, working hard to ensure a free and fair contest every time. 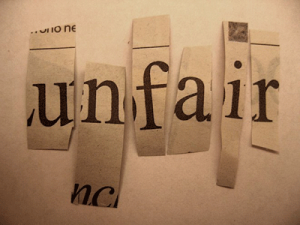 9. The match-ups are unfair
The point of Lent Madness is fun, and it would be less fun if every contest featured a reformer against a reformer or an apostle versus an apostle. In its current form, we have to grapple with the outlandish notion of picking a modern witness for social justice or a biblical hero, for example. If that seems ridiculous to you, then we'd like to remind you that the entire concept of Lent Madness is that we're voting on a Golden Halo for people who are already in God's company. Lent Madness is not for the faint of heart, so if you can't decide between theologians of the fourth-century and preachers of the modern era, step aside.

8. Lent should be about self-flagellation not self-congratulation
Yeah, yeah, we've heard this plenty: "Every time I tune into Monday Madness, Tim and Scott are touting their latest media triumph. They've even been known to send Lent Madness mugs to church celebrities in exchange for 'mug shots.'" Here's the thing. Lent Madness was in USA Today this year. Last year it was the Washington Post and Sports Illustrated. While Tim and Scott have their picture in the paper, it's really not about them. It's about getting a new image of our church into the press. The SEC believes that it's better to have Lent Madness in the news than, say, lawsuits or church closings. Oh, and we don't much care for self-flagellation. We understand Lent to be a time for fresh conversion -- to renewing our commitment to following Jesus. You can do this whilst turning that frown upside-down.

7. This is a distraction from "real" Lent
See above. We would encourage you to pursue other Lenten disciplines. However, we think "real" Lent is about finding our way back to God. If this silly contest teaches us something about holy men and women, and if we are inspired to follow Jesus because of their example, then we'd consider the mission of Lent Madness accomplished. Also, "real" Lent just doesn't work for some people. 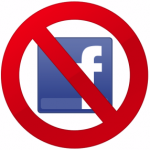 6. Too much of it
What? You're tired of seeing Lent Madness in your Facebook feed? Cry us a river. We can't help it that this is a success. We suggest you give up Facebook for Lent. Or start "Season after Pentecost Madness."

5. Your grammar stinks
Who are you to oppress us with your language rules? OK, so we make some mistakes now and then. You are entitled to a full refund of your Lent Madness entry fee. Oh, wait, it's free. One more thing, while we're on the subject: a few of you have harshed on Maple Anglican's awesome videos. Just remember he's Canadian, and your US imperialism doesn't govern his use of the English language. Incidentally, if you are going to write to us to complain about our grammar, make sure yours is flawless. One commenter pointed out three mistakes in a video. In the "And also with you" department, we pointed out three mistakes in that complaint. See, we're all human. Deal.

4. How can you have fun with ____ (insert martyr here)
We got a few complaints about this, most especially about Jonathan Myrick Daniels. To be clear, and in all seriousness, we would never make fun of a martyr. By including martyrs in Lent Madness, we're able to help them do their jobs afresh. That is, they are able to witness to new generations. We can assure you that plenty of Lent Madness fans had never heard of Jonathan Daniels until now. By including him in our ridiculous game, his brave witness for the gospel of justice is known in our time. By the way, you'd be complaining that we left out all the martyrs if we didn't include them.

3. You used that awful "Keep Calm and Carry On" meme
This is one of our favorites. A commenter was very upset that we used a take-off on the famous British "Keep Calm and Carry On" posters in one of our blog entries. This commenter threatened to boycott Lent Madness because we are basically akin to Nazi sympathizers or something. At the very least, the SEC were called ignorant American-centric buffoons. Look. A few minutes on the Googles, and it turns out that this poster has been proudly displayed at Number 10 Downing Street and Buckingham Palace. If it's good enough for the Prime Minister and the Queen, it's good enough for the SEC.

2. The color for Lent is violet not purple
Yeah, that might be true in your Almy catalog, the people who brought you the imagined need for blue vestments in Advent. We prefer to consult the Bible rather than the Almy catalog when we are seeking truth. It turns out that Jesus wore purple, and we figure that's a good enough endorsement for this color in Lent Madness. 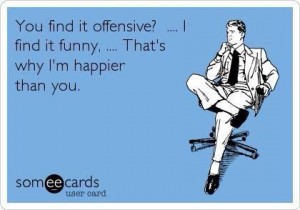 1. People shouldn't laugh during Lent. Ever.
Awesome. You can give up laughter as part of your Lenten discipline. We laugh at this idea. The SEC thinks that Jesus had quite a sense of humor. In fact, the SEC finds humor throughout the Bible and in much of life, for that matter. So while we are focused on getting closer to God this Lent, we're going to laugh a bit. We invite you to join us.

There you go. If there's something rubbing you the wrong way about Lent Madness, the SEC, Forward Movement's offerings, or the way Tim runs his parish, please leave a comment. We'll get right back to you.

119 comments on “The SEC Answers Critics”