Damien of Molokai vs. Frances Perkins

Holy Blowout Week continued yesterday as Benedict took Anne to the (holy vestment) cleaners. Today, features the long-anticipated match-up between Big Pineapple and Big Lobster as the Hawaiian Damien of Molokai takes on the Mainer Frances Perkins. Can the Hawaii lobby do for Damien what it did for Queen Emma last year? Last year's Lent Madness cinderella, Emma, rode the wave all the way to the finals. Will Damien have a similar run or will he be pounded into the surf by Frances?

In other news, the Supreme Executive Committee answered some critics even as they prepare to co-lead a workshop today titled "Stealth Christian Formation" at the CEEP conference in San Diego. They're amazing multi-taskers (with enough coffee and a deadline).

What's that you say? You haven't liked us on Facebook or followed us on Twitter or whatever it is you do for Pinterest? Get inside the mind of the men and women behind the Madness and like, follow, become our disciples, join our cult, etc, today! 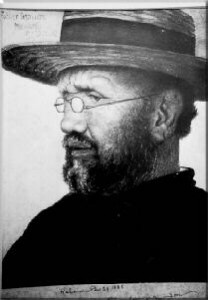 Jozef de Veuster was born to a Flemish corn merchant in 1840. His fondest dream was to be a missionary-priest like his hero, St. Francis Xavier, but his teachers thought he was unintelligent and delayed his ordination. Finally, he was ordained, taking the name Damien and was eventually sent overseas, taking the place of his brother, who had fallen ill.

He arrived in the kingdom of Hawaii on March 19, 1864, and was assigned initially to his order’s mission on Oahu. But Damien had landed in a community struggling with the effects of colonialism, including foreign diseases to which Hawaiians had no immunity. One of these was leprosy, and in 1865, the kingdom’s government set up quarantines for the afflicted on the island of Molokai, fearing a complete epidemic.

The government’s plan was for the lepers’ colonies to grow their own food and to be largely self-sustaining. This plan had some major logic-holes in it, however, and after a while, it became clear to the local bishop that the people were in trouble. A priest was needed in Molokai but he was reluctant to assign anyone fearing the assignment would be tantamount to a death sentence.

After much prayer, in 1873, Damien volunteered. In May, he arrived in Molokai, and promptly set to work. He lived as one of the people. He set up a church, schools, and farms. He tended gardens and built houses. He organized activities and choirs for the living. He built coffins and dug graves for the dying. When his agreed-upon time was up, the lepers and Fr. Damien went to the bishop, and asked if he could remain with them. The bishop agreed, and Fr. Damien stayed on.

Six months after his arrival on Molokai, Damien wrote back to his brother in Belgium, “I make myself a leper with the lepers to gain all to Jesus Christ.” His words turned out to be prescient. In 1884 he was diagnosed with the disease himself and died on Molokai in April, 1889.

After his death, his fame spread. After being attacked by an anti-Catholic Presbyterian minister, Robert Louis Stevenson (yes, that Robert Louis Stevenson) wrote an open letter defending him, and no less than Mahatma Ghandi claimed Fr. Damien as an inspiration for his work with the outcast. He was made a saint in the Roman church in October of 2009.

Collect for Damien of Molokai
God of compassion, we bless your Name for the ministries of Damien [and Marianne,] who ministered to the lepers abandoned on Molokai in the Hawaiian Islands. Help us, following their examples, to be bold and loving in confronting the incurable plagues of our time, that your people may live in health and hope; through Jesus Christ, who with you and the Holy Spirit lives and reigns, one God, for ever and ever. Amen. 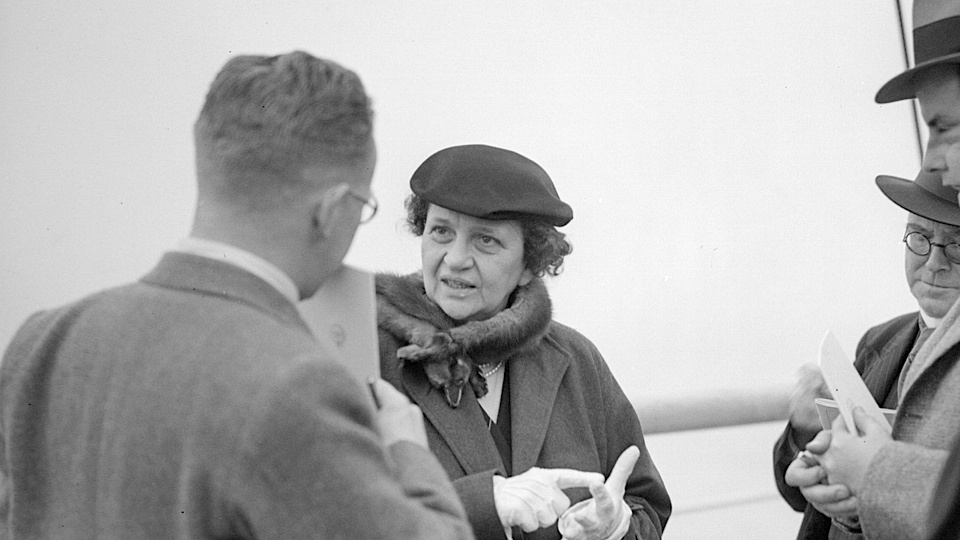 Born in Boston in 1880 with roots in Maine, Frances Perkins studied at Mount Holyoke College and completed a masters degree in economics and sociology at Columbia University. While working as a young woman in Chicago, she was drawn to the Episcopal Church and confirmed in 1905.

At 31, working for the Factory Investigation Commission in New York City, she witnessed the Triangle Shirtwaist fire that resulted in the death of 146 people, primarily young women factory workers. Perkins often said later, “The New Deal was born on March 25, 1911.” That experience galvanized her career as an advocate for workers. At a time when few women enjoyed a professional career after marriage and children, Perkins was spurred in her career by the emergence of her husband’s mental illness and his inability to earn an income. As the mother of a young daughter, she understood on a deep personal level the importance of work and the urgency of supporting a family.

In 1918, New York Governor Al Smith invited her serve in his administration and, with the election of Franklin D. Roosevelt to governor in 1928, she was named Commissioner of Labor. When he was elected to the presidency in 1932, Roosevelt asked Perkins to serve as his Secretary of Labor, the first woman to serve in a presidential cabinet and the longest-serving cabinet member in U.S. history.

Roosevelt called her “the cornerstone of his administration” for her tireless work in gaining passage of the Social Security Act of 1935 and the Fair Labor Standards of 1938 which established the minimum wage and prohibited child labor in most workplaces. Other New Deal efforts championed by Perkins included the Civilian Conservation Corps (CCC), unemployment insurance, a shorter work week, and worker safety regulations.

She has been called Roosevelt’s moral conscience. Donn Mitchell, in his 2010 profile of Frances Perkins published at www.AnglicanExaminer.com, “Architect of the Gracious Society,” suggests she was the “most overtly religious and theologically articulate member of the New Deal team.” Throughout her 12 years as Secretary she took a monthly retreat with the Episcopal order of All Saints’ Sisters of the Poor, with whom she was a lay associate

“I came to Washington to serve God, FDR, and millions of forgotten, plain common workingmen,” she said. Her theology of generosity informed her professional life and, in turn, transformed the lives of millions of Americans.

She remained active in teaching, social justice advocacy, and in the mission of the Episcopal Church until her death in 1965.

Collect for Frances Perkins
Loving God, whose Name is blest for Frances Perkins, who lived out her belief that the special vocation of the laity is to conduct the secular affairs of society that all may be maintained in health and decency: Help us, following her example, to contend tirelessly for justice and for the protection of all in need, that we may be faithful followers of Jesus Christ; who with thee and the Holy Spirit liveth and reigneth, one God, for ever and ever. Amen.

UPDATE: At 2:06 a.m. EST, the SEC noticed some irregular voting in this contest. About 200 votes were cast from one address in Arizona on behalf of Damien. Those votes have been deleted, and the address has been banned.

Damien of Molokai vs. Frances Perkins

177 comments on “Damien of Molokai vs. Frances Perkins”