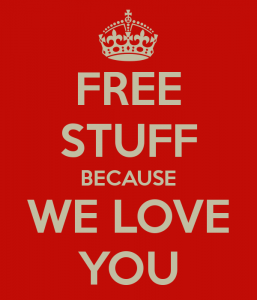 Let’s face it, Lent is not exactly known as a season of gift-giving. No one complains about the over-commercialization of Lent or the Lenten-Industrial Complex. Sure, we hawk a few Lent Madness mugs around here, but that’s just to get everyone in an appropriately penitential mood.

Nonetheless, the Supreme Executive Committee is offering you a free, no-strings-attached Lent present. Don’t get your hopes up — it’s not a hair shirt. But it is a perfectly serviceable newsletter/website article about Lent Madness 2015, lovingly ghost written by the SEC.

Feel free to use it (for free!) in all your church publications. If you are a parish administrator or communications specialist, this is your lucky day. If you are a member of the clergy being nagged by the newsletter editor for an article, manna has just fallen from the sky. 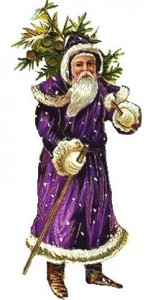 letter to your entire contact list. It can be tattooed to your back. Multiple copies can be printed out and used as a drop cloth when you repaint the kitchen cabinets.

But that’s still not all! Because he’s in a Lenten mood, Lenty Claus (that’s us — but don’t tell the kids) will throw in free widgets for your website or blog! Click here to access them.

Lent Madness 2015
Which saint will win the Golden Halo?

For the sixth year running, people worldwide are gearing up for Lent Madness, the “saintly smackdown” in which thirty-two saints do battle to win the coveted Golden Halo. Calling itself the world’s most popular online Lenten devotion, Lent Madness brings together cut-throat competition, the lives of the saints, humor, and the chance to see how God works in the lives of women and men across all walks of life.

The creator of Lent Madness, the Rev. Tim Schenck, says, “People might think Lent is all about eating dirt and giving up chocolate, but it’s really about getting closer to Jesus.” Schenck, who is rector of St. John’s Church in Hingham, Massachusetts, adds, “The saints aren’t just remote images in stained glass windows or pious-looking statues. They were real people God just happened to use in marvelous ways.”

Lent Madness began on Schenck’s blog in 2010 as he sought a way to combine his love of sports with his passion for the lives of saints. Starting in 2012, he partnered with Forward Movement (the same folks that publish Forward Day by Day), to bring Lent Madness to the masses.

The Rev. Canon Scott Gunn, Schenck’s Lent Madness co-conspirator, says, “Throughout Lent, as we’re having fun with the competition, we are also inspired by how God used ordinary people to do extraordinary things.” Gunn, who is executive director of Forward Movement in Cincinnati, Ohio, adds, “That’s the whole point of the Christian life: to allow God to work in us to share God’s love and proclaim Good News.”

Schenck and Gunn form the self-appointed Supreme Executive Committee, a more-or-less benevolent dictatorship that runs the entire operation. The formula has worked as this online devotional has been featured in media outlets all over the country including NBC, The Washington Post, FOXNews, NPR, USAToday, and even Sports Illustrated (no, really).

Here’s how it works: on the weekdays of Lent, information is posted at www.lentmadness.org about two different saints. Each pairing remains open for 24 hours as participants read about and then vote to determine which saint moves on to the next round. Sixteen saints make it to the Round of the Saintly Sixteen; eight advance to the Round of the Elate Eight; four make it to the Faithful Four; two to the Championship; and the winner is awarded the Golden Halo.

The first round consists of basic biographical information about each of the 32 saints. Things get a bit more interesting in the subsequent rounds as we offer quotes and quirks, explore legends, and even move into the area of saintly kitsch.
This year Lent Madness features an intriguing slate of saints ancient and modern, Biblical and ecclesiastical. 2015 heavyweights include Teresa of Avila, Frederick Douglass, Francis of Assisi, Hildegard of Bingen, Balthazar, and the Venerable Bede. The full bracket is online at the Lent Madness website.

From the “you can’t know the saints without a scorecard” department, the Saintly Scorecard — The Definitive Guide to Lent Madness 2015 is available through Forward Movement. It contains biographies of all 32 saints to assist those who like to fill out their brackets in advance, in addition to a full-color pull-out bracket.

This all kicks off on “Ash Thursday,” February 19. To participate, visit the Lent Madness website, where you can also print out a bracket for free to see how you fare or “compete” against friends and family members. Like that other March tournament, there will be drama and intrigue, upsets and thrashings, last-minute victories and Cinderellas.

Ten “celebrity bloggers” from across the country have been tapped to write for the project including the Rev. Amber Belldene of San Francisco, CA; the Rev. Laurie Brock of Lexington, KY; Dr. David Creech of Morehead, MN; the Rev. Megan Castellan of Kansas City, MO; the Rev. Laura Darling of Oakland, CA; Neva Rae Fox of Somerville, NJ; the Rev. Nancy Frausto of Los Angeles, CA; the Rev. Robert Hendrickson of Denver, CO; the Rev. Maria Kane of Houston, TX; and the Rev. David Sibley of Manhasset, NY. Information about each of the celebrity bloggers and the rest of the team is available on the Lent Madness website.

If you’re looking for a Lenten discipline that is fun, educational, occasionally goofy, and always joyful, consider this your invitation to join in the Lent Madness journey.