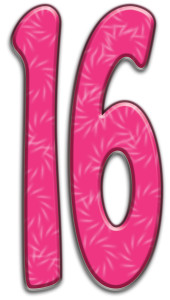 Welcome to the Round of the Saintly Sixteen! With Barbara’s defeat at the hands of Thomas Ken 67% to 33%, we’ve collectively narrowed the field down from 32 saints to 16. Now the truly hard work begins on the journey towards the 2015 Golden Halo.

Lent Madness, like Lent, is part endurance race and we encourage those who have come thus far — both voters and contestants — to buckle down for the duration and, in the words of Saint Paul, to “Run with perseverance the race that is set before you.”

In this round, we move past basic biographies and delve into what we like to call “Quirks and Quotes.” We’ll learn some unusual facts about our saints and hear about them, either in their own words or in words uttered or written about them. Some of our holy men and women are quirkier than others and some are more quotable. As always, remember these matchups are neither fair nor for the faint of heart. If you want a bland Lenten devotion you’ve come to the wrong place.

The Saintly Sixteen begins today with Brendan the Navigator taking on Thecla. If you need a refresher from the first round you can do one of two things: consult your handy Saintly Scorecard or click the Bracket tab and scroll down. Our Bracket Czar, Adam Thomas, provides links to every previous matchup meaning you can, with just a few clicks, access the initial bios. Now go read and vote. There is work to be done! 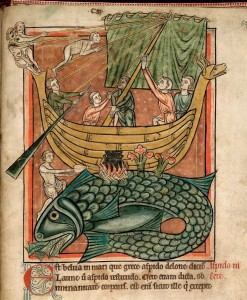 Brendan lived a long a full life in service to God. His courageous and adventurous spirit led him to the ends of the world. The many hagiographies written to honor him speak to the inspiration he provided to the faithful. Even the most fantastic stories give a glimpse of his extraordinary character.

As Brendan and his friends set out to sea he insisted that they follow Jesus’ command to the seventy that they bring no provisions, trusting that God would provide all their needs. He encouraged his fellow travelers, “Fear not, brothers, for our God will be to us a helper, a mariner, and a pilot; take the oars and helm, keep the sails set, and may God do unto us, his servants and his little vessel, as he wills.”

A little later, they encountered a maiden of the sea. She was enormous — one hundred feet tall, nine feet between her “paps,” and a middle finger seven feet long. She had been pierced with a giant spear and had died. Brendan brought her back to life and baptized her into the faith. Upon baptizing her, Brendan asked if she would like to return to her home or if she would like to go to heaven. She answered, “To heaven, for I hear the voices of the angels praising the mighty God.” Brendan therefore gave her the body and blood of Christ and she died without distress.

In Brendan’s travels he saw both the horrors of hell and the glories of paradise. In one particularly poignant episode, he and his companions found themselves in a great storm of hail and snow. Some of the brothers complained to him, “Holy father, the cold in the infernal regions is not more intense than what we feel now.”

To this Brendan replied, “You speak like ignorant rustics. We have seen Judas, the betrayer of our Lord, in a dreadful sea, on the Lord’s Day, wailing and lamenting, seated on a rugged and slimy rock… Against the rock there rushed a fiery wave from the east, and a wave of icy coldness from the west alternately, which drenched Judas in a frightful manner; and yet this grievous punishment seemed to him a relief from pain, for thus the mercy of God granted this place to him on Sundays as some ease amidst his torments. What therefore must be the torments suffered in hell itself?”

For five years they traveled without injury or incident. At one point they needed to find land in order to properly celebrate the Easter Eucharist. Brendan encouraged his friends with the promise that “God is able to provide us with land in any place he pleases.” God’s good pleasure was the back of a whale named Jasconius.

After a long and full life, Brendan died. As he died, he raised his eyes to heaven, and echoing the words of Christ, uttered, “Into your hands, O Lord, I commend my spirit; save me, O Lord my God.” 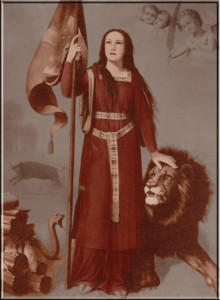 Thecla is among the earliest saints of the church, and is often referred to as “Equal-to-the-Apostles,” for the fervor of her witness to Jesus Christ and the power of her example.

While the story of her life as documented in the Acts of Paul and Thecla may raise a few eyebrows – with its scintillating accounts of Thecla twice making miraculous escapes from martyrdom, including a notable self-baptism by throwing herself into a pool filled with ravenous seals – Thecla’s life and ministry made an undeniable and well-documented impact on the early church.

The great Cappadocian Father Gregory of Nyssa hailed Thecla as an example of holiness and asceticism in one of his homilies, writing that “she undertook the sacrifice of herself, by giving death to the flesh and practicing great austerities, extinguishing in herself all earthly affections, so that nothing seemed to remain living in her but reason and spirit.” His comments resonate with the Acts of Paul and Thecla, which intimate that Thecla belonged to a wealthy family of status and privilege, and that, as Butler noted in his Lives of the Saints, “She forsook father and mother, and a house abounding in gold and riches where she lived in state and plenty: she left her companions, friends, and country, desiring to possess only the treasure of the love and grace of God, and to find Jesus Christ, who was all things to her.”

Early Christians almost unanimously regarded Thecla as a protomartyr, even though she did not die a martyr’s death. In the sense that the word martyr comes from the Greek word meaning witness — one who bears testimony to their faith with the whole fullness of their life — Thecla most certainly meets that definition.

Perhaps the great affinity for Thecla among so many came from the reality that in her, they saw a picture of themselves. In the portrait of a woman pursuing great risk to hear the gospel as preached by Paul, early Christians could see the risks they bore in order to hear and preach the gospel. In the vision of a woman who the powers of the world would have put to death many times over, they found an exemplar for what it means to be a witness to Jesus Christ, even at the cost of their own lives.

Thecla’s own confession of faith, recorded in the Acts of Paul and Thecla, are perhaps the most simple yet persuasive testimony to the power of her witness in the face of adversity: “I am a servant of the living God, and as to my state, I am a believer on Jesus Christ his Son, in whom God is well pleased. For that reason none of the beasts could touch me. He alone is the way to eternal salvation and the foundation of eternal life. He is a refuge to those who are in distress, a support to the afflicted, a hope and a defense to those who are hopeless.”

205 Comments to "Brendan the Navigator vs. Thecla"