Happy All Brackets’ Day! And welcome to the holy Season of Pre-Lent (aka any time outside the penitential confines of Lent’s 40 days and 40 nights). 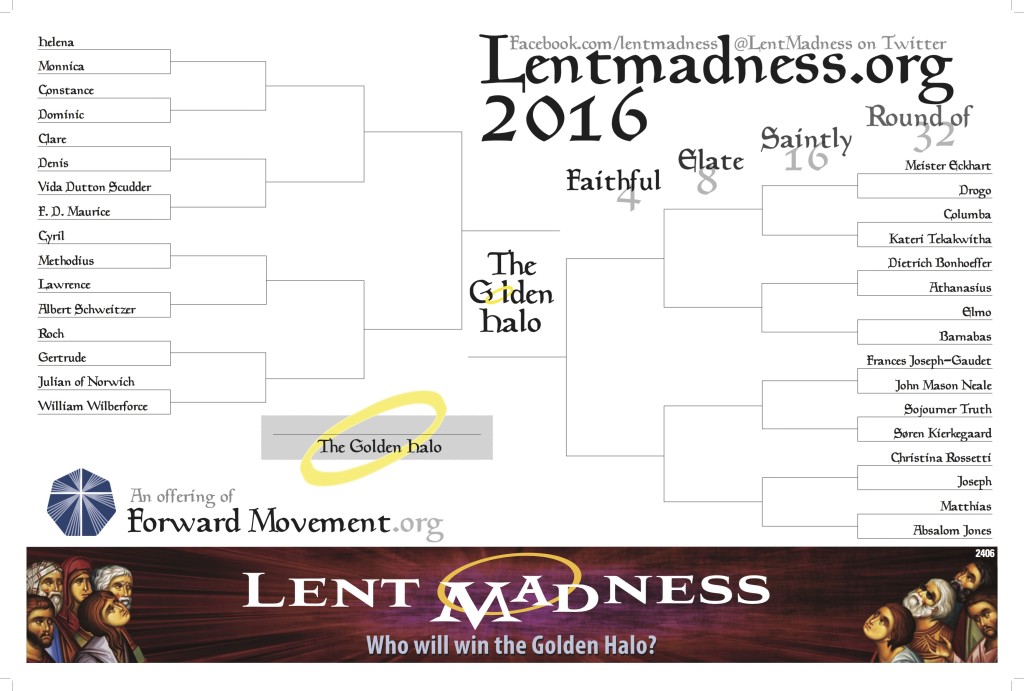 While much of the world is recovering from the Halloween sugar high, the rabid Lent Madness faithful cast their collective eye toward Lent 2016. It may be more than three months away, but the 2016 bracket of 32 saints has been officially released by the Lent Madness Supreme Executive Committee! For the seventh year running, people worldwide are gearing up for the “saintly smackdown” that will kick off on “Ash Thursday,” February 11.

In response to a question about why people should think about Lent in November, Lent Madness creator, Tim says, “It’s all part of our diabolical plan to create a year-round Lent. Why be penitential for just 40 days and 40 nights? And if you can walk into some big box store and see Christmas decorations in August, why can’t you walk into your local coffee shop and see purple lights strung up in November?” Scott agrees. “The Lent-Industrial complex is alive, well and thriving. We’re simply tapping into it in order to get people talking about saints throughout the year.”

Click here to access the full bracket. If you are a true fan, you’re going to want to pony up ten bucks for a giant bracket poster (printed in full color with extra purple!) from Forward Movement. But first, watch the latest edition of Monthly Madness as Tim and Scott highlight some of the unique battles to come in Lent Madness 2016.

Then let the saintly games begin! Well, in three months or so.