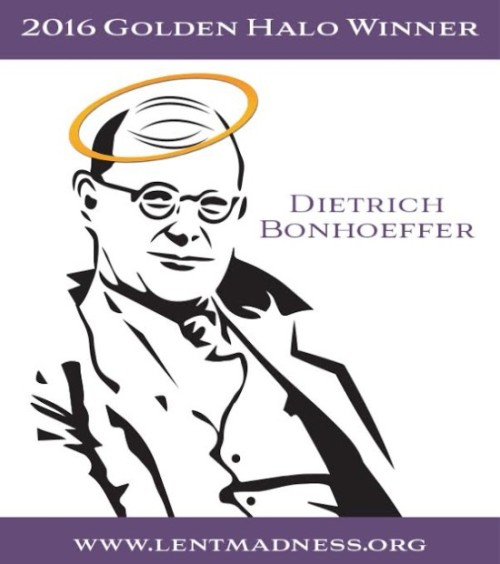 Cheap grace is the deadly enemy of Lent Madness. Cheap grace means grace sold on the market like wares from the Lentorium. The Saintly Scorecard, the bracket posters, the write-ups of fabulous Celebrity Bloggers are thrown away at cut prices -- like Frances Perkins mugs at 50% off. Oh wait...

Costly grace is represented as Lent Madness' inexhaustible treasury, from which the Supreme Executive Committee showers blessings with generous hands, without asking questions or fixing limits (except on votes).