Tim and Scott preview what's coming with the Elate Eight, also known as the Round of the Saintly Kitsch. Some people, whom we call Kitsch Kranks, are unable to enjoy the humor of this round. For this reason, the Supreme Executive Committee has given the Lent Madness Shema, the two great rules of the Saintly Smackdown that we especially need to hear at this point in the competition.

Twitter celebrity George T. Dog (@georgetdog) makes a brief cameo, and viewers will be delighted to know he's named after the first-ever Golden Halo winner, George Herbert, who claimed the crown in 2010. But that's not the only cameo. Tim went on a field trip to Boston College High School, and the seventh-grade class from BC High take up an important role in this week's action-packed episode.

If seeing selections from the SEC's kitsch collection makes you envious, remember you can buy your own kitsch in the Lentorium.

This is here for social media sharing. Just move right along. 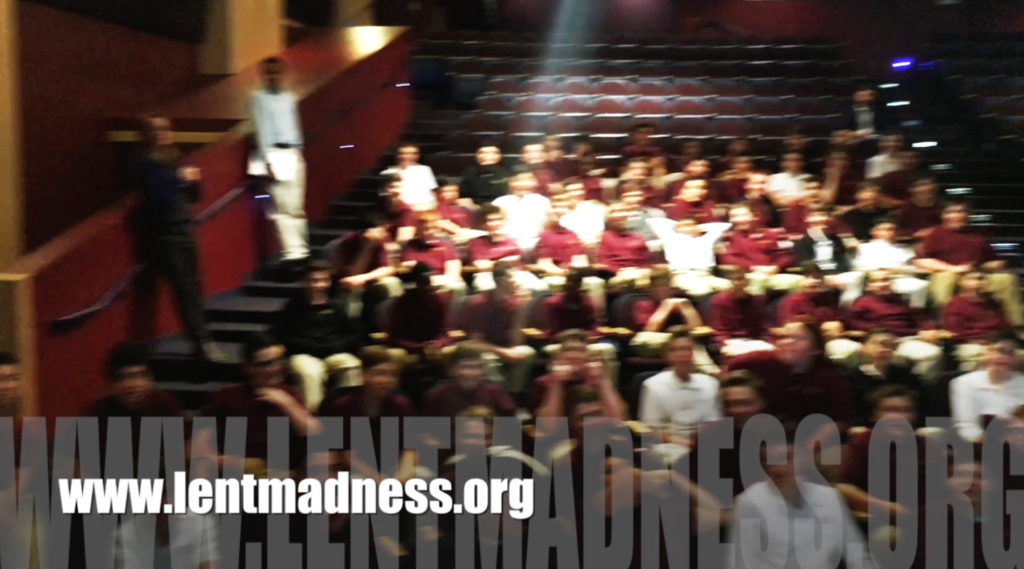