Scott comes to you live from Jerusalem while Tim is (still) in Hingham for this special Holy Week episode of Monday Madness. The Supreme Executive Committee is not kidding when they refer to the “Lent Madness GLOBAL viewing public.”

This week, in the last in-season Monday Madness of the 2017 season, Tim and Scott discuss the match-ups of the Faithful Four. They also point out that this Wednesday’s championship match comes on a day with a special name: Spy Wednesday. How will you know why it’s called Spy Wednesday? The SEC gives you a hint (written on the bottom of the screen when you watch) of where you can get the answer.

Of course it wouldn’t be a complete episode without a plug for the Lentorium. You might also like to follow Scott’s time in Jerusalem for Holy Week via Twitter. You can also follow Tim’s quest to write 17 sermons and produce a multi-volume set of bulletins on his Twitter. Finally, we hope you’ll take a moment to learn about the work of St. George’s College in Jerusalem, which was kind enough not to kick Scott off their roof while he was recording this week’s edition.

This is here to help with social media sharing. Get back to your Holy Week duties, and ignore this part of the post. 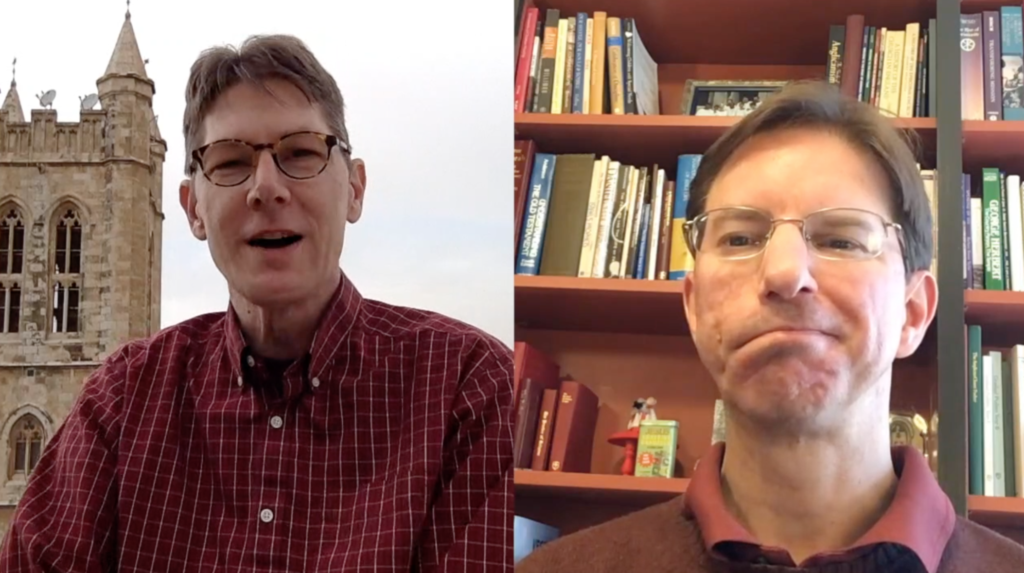