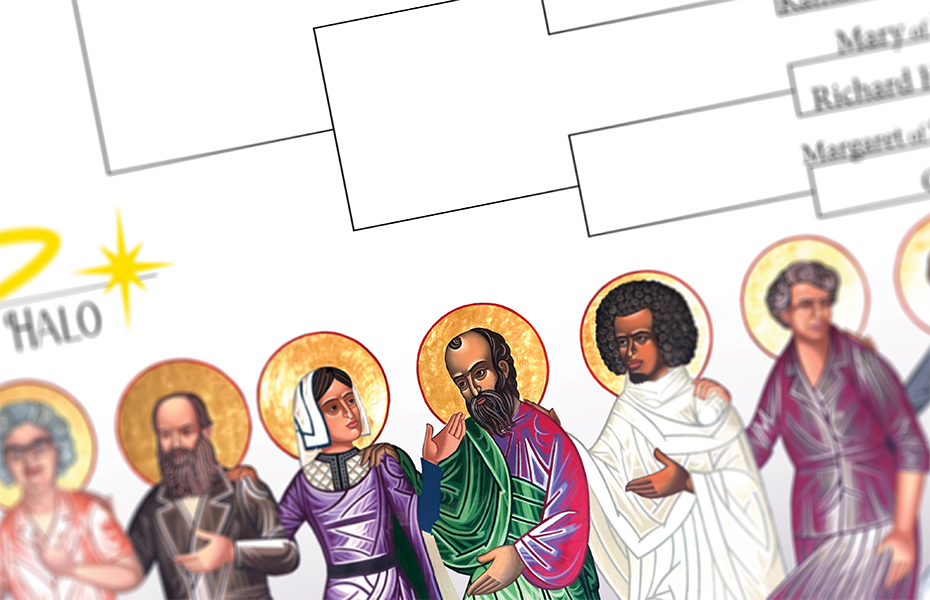 In a disconcerting turn of events, the Supreme Executive Committee has confirmed that a portion of the 2018 Lent Madness bracket has been illegally leaked online. The hack into the Lent Madness system comes just ahead of All Brackets' Day on November 3rd, when the entire bracket of 32 saints will be officially released to the public.

"We're pretty sure it was the work of the international hacking organization LentiLeaks," said Lent Madness founder Tim Schenck.

While there have been several instances of voter fraud over the years, this is the first time hackers have broken into the byzantine technology system at Lent Madness headquarters. "Cyber security is our top priority," commented SEC member Scott Gunn. "We will do all in our power to combat what is yet another example of the War on Lent."

In the meantime, the Lent Madness faithful have been analyzing the leaked portion of the bracket. "It looks...different" commented a woman from a parish in Boise, Idaho, who requested her name not be used. "Where's all the purple?" Another online commenter known only by his screen name "StFrancisRulz" observed, "I see the names Mary, Richard, and Margaret, but which ones?? I cant (sic) wait until All Brackets' Day!"

Unless there are further leaks before November 3rd, the SEC assures everyone that the full bracket will be revealed, per tradition, on All Brackets' Day.