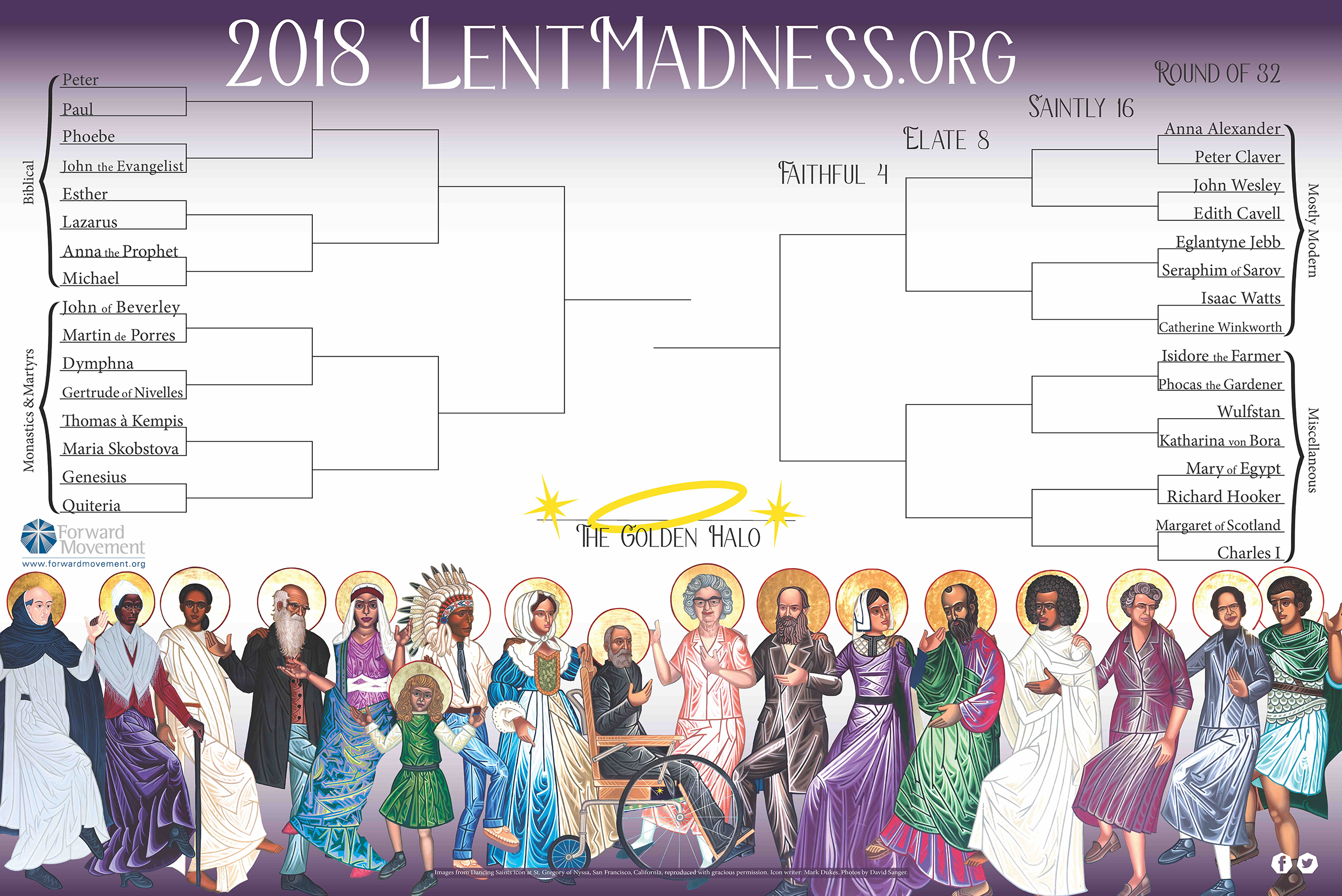 Ever since Florence Nightingale was crowned with the 2017 Golden Halo, the anticipation over the 2018 Lent Madness bracket has been nearly unquenchable. Nominationtide produced a flurry of saintly suggestions from all over the the globe which were narrowed down at the Supreme Executive Committee’s secretive spring retreat.

Following last week’s bracket leak at the nefarious hands of the international hacking organization LentiLeaks, tensions were running high as the SEC prepared to release the official bracket. Fortunately increased cyber security prevented further leaks and we have arrived at All Brackets’ Day with the bracket — and the integrity of Lent Madness — intact.

Longtime Lent Madness fans will be intrigued to discover that this year’s bracket [click on the image to enlarge it] is broken up into four quadrants of similarly grouped saints. These include: 1) Biblical Saints 2) Monastics & Martyrs 3) Mostly Modern and 4) Miscellaneous. Who says the SEC isn’t open to innovation and the movement of the Holy Spirit?!

One common complaint we hear on All Brackets’ Day was recently echoed by an anonymous killjoy who happened past the Lentorium. “Why do you have to talk about Lent? It’s not even Advent yet!” Well, besides the fact that the All Saints’ – All Souls’ – All Brackets’ triduum is ALL ABOUT SAINTS, it’s because we are in the perpetual Lent business. If this “season creep” causes you anxiety, we suggest turning off the Wi-Fi in your home until Lent Madness begins on Ash Thursday (February 15).

We do hope you enjoy this annual festival of bracketology and we have two suggestions (besides Googling all the saints you’ve never heard of) to help you prepare for the Madness that is to come:

And remember, it’s never too early to wish one another a Happy Lent!

50 Comments to "All Brackets’ Day has Arrived!"