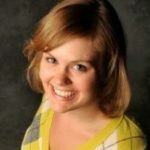 When you're a well-known religion reporter you get nagged to write about Lent Madness on a yearly basis. It's just one of the hazards of the job. Emily McFarlan Miller is a first-time Celebrity Blogger and religion reporter who finally succumbed to the age-old maxim, "If you can't get them to stop nagging you, join them." We're delighted to have her on board.

In other news, you can catch Tim discussing all things Lent Madness on Matthew Brough's Spirituality for Ordinary People Podcast. Matthew is a Canadian Presbyterian pastor and podcaster which is a niche market we're going after HARD this Lent. Tim even deigns to mention Scott in the podcast, though it takes him 23 minutes and 10 seconds to do so.

1. If you could have dinner with any saint, who would it be and what would you serve? (and, duh, why?)
Of the saints I wrote about for this year's Lent Madness, I'd most want to have dinner with Katharina von Bora. I grew up in Lutheran churches and schools, so we have history. Plus, she held her own with Martin Luther, and biographer Ruth A. Tucker writes of her, "In many ways, Katie could walk right into the twenty-first century — and claim lean in as her motto." So I feel like we'd have a lot to talk about. I'd serve some traditional German fare — and definitely beer, as she was renowned for her brewing!
My favorite saint right now is St. Kateri Tekakwitha, but since she was always fasting, I'd have to invite her to do something besides have dinner.
2. What hymn would you pay money never to hear again? And which hymn are you convinced is on the play list in heaven? 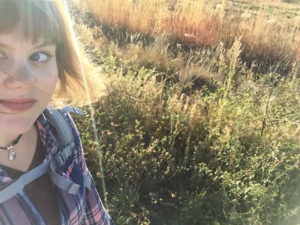 My favorite hymn — like my favorite Bible verse or favorite saint — is always changing depending on what's happening in my life. I remember hearing "Were You There" sung in church for the first time when I was very little and thinking it came straight from heaven's playlist, and I've had a version of "Softly & Tenderly" by The Wilderness of Manitoba on repeat on my own Spotify playlist this past year.
I actually don't love a lot of Christmas hymns. I love the lyrics to "Joy to the World," but I don't love the tune. I would pay money for somebody to put a new tune to that, preferably with banjos.
3. You're busy during Lent. Why do you make time for the Saintly Smackdown? What do you get out of it personally?
I love Lent Madness because I love the stories of the saints like other people love sports. I get to fill out a bracket like everybody else, and I always am inspired, encouraged and challenged by the stories of my ancestors in the faith.
Posted in:
Lent Madness 2018