Is your parish doing Lent Madness this year? Would you like to share this news with the wider community and gain some publicity for your 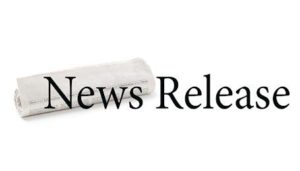 church? We can help.

What you’ll find below is a news release you are welcome to modify for use in your own context. Want to throw in a quote from the person who’s most passionate about Lent Madness in your congregation? Or add a picture of your parish display? We can’t guarantee you’ll receive coverage from your local newspaper but here a hint: they’re generally desperate for content. And your church’s participation in a fun, unusual Lenten learning opportunity is news!

So get creative and if you receive any media coverage, we’d love to hear about it and share your results with the broader Lent Madness community.

Local churches available for interviews in many media markets

Which Saint Will Win the Golden Halo?
Lent Madness kicks off February 15

For the ninth year running, people worldwide are gearing up for Lent Madness, the “saintly smackdown” in which thirty-two saints do battle to win the coveted Golden Halo. Calling itself the world’s most popular online Lenten devotion, Lent Madness brings together cut-throat competition, the lives of the saints, humor, and the chance to see how God works in the lives of women and men across all walks of life.

The creator of Lent Madness, the Rev. Tim Schenck, sees much timeliness in this year’s edition. “During a time of great division and stress in our country, people are actively seeking role models who exemplify hope in a broken world.” Schenck, who is rector of St. John’s Church in Hingham, Massachusetts, continues, “The saints aren’t just distant figures trapped in stained glass windows. They were real people God used in inspiring ways, often during difficult times in human history. These are stories we need now more than ever.”

Lent Madness began on Schenck’s blog in 2010 as he sought a way to combine his love of sports with his passion for the lives of saints. Starting in 2012, he partnered with Forward Movement, an official ministry of the Episcopal Church, to bring Lent Madness to the masses.

The Rev. Canon Scott Gunn, Schenck’s Lent Madness co-conspirator, says, “As we see the ways Christ’s love burns brightly in a great variety of women and men, we see the possibility that Christ’s love can burn brightly in our own hearts.” Gunn, who is executive director of Forward Movement in Cincinnati, Ohio, adds, “It’s fun to build a competition around saints in all their diversity, but what they hold in common is a fierce determination to follow Jesus. There are no saints of the status quo.”

Schenck and Gunn believe the world needs hopeful, forward-looking, inspirational role models now more than ever, and the saints of the church provide that. As a way of poking fun at church hierarchies and committees, they form the self-appointed Supreme Executive Committee, a more-or-less benevolent dictatorship that runs the entire operation.

Here’s how it works: on the weekdays of Lent, information is posted at www.lentmadness.org about two different saints. Each pairing remains open for 24 hours as participants read about and then vote to determine which saint moves on to the next round. Sixteen saints make it to the Round of the Saintly Sixteen; eight advance to the Round of the Elate Eight; four make it to the Faithful Four; two to the Championship; and the winner is awarded the Golden Halo.

This year Lent Madness features an intriguing slate of saints ancient and modern, Biblical and ecclesiastical. 2018 heavyweights include John the Evangelist, Margaret of Scotland, John Wesley, Katharina von Bora, and the apostles Peter and Paul.

This all kicks off on “Ash Thursday,” February 15. To participate, the public can visit the Lent Madness website, where participants can also print out a bracket for free to see how they fare or “compete” against friends and family members. Like that other March tournament, there will be drama and intrigue, upsets and thrashings, last-minute victories and Cinderellas. Unlike professional and collegiate sporting events, there is no admission cost for Lent Madness, but souvenirs and study aids are available in the “Lentorium” section of the Lent Madness website.

Eleven “celebrity bloggers” from across the country have been tapped to write for the project: the Rev. Amber Belldene of San Francisco, CA; the Rev. Laurie Brock of Lexington, KY; Anna Fitch Courie of Ft. Leavenworth, KS; Dr. David Creech of Moorhead, MN; the Rev. Megan Castellan of Kansas City, MO; Neva Rae Fox of Somerville, NJ; the Rev. David Hansen of Woodlands, TX; Marcus Halley of Minneapolis, MN; Carol Howard Merrit of Cincinnati, OH; Emily McFarlan Miller of Chicago, IL; and the Rev. David Sibley of Manhasset, NY. Information about each of the celebrity bloggers and the rest of the team is available on the Lent Madness website.

People looking for a Lenten discipline that is fun, educational, occasionally goofy, and always joyful, are invited to join in the Lent Madness journey.

Lent Madness is sponsored by Forward Movement, whose mission is to inspire disciples and empower evangelists. With offices in Cincinnati since 1935, Forward Movement is an official ministry of the Episcopal Church producing resources to support Christians in their daily lives. Learn more at www.forwardmovement.org.