Happy Monday! Grab your coffee and read some compelling stories about two saintly souls as we start another full week of the world's most popular online Lenten devotion. We didn't necessarily realize their names rhymed when we paired Damien of Molokai with Pandita Ramabai but, as this seems to be the Year of the Limerick in Lent Madness, it somehow feels appropriate.

On Friday, Photini aka The Woman at the Well made it past Ananias aka The Guy Who Helped out Saul/Paul 64% to 36% to advance to the Saintly Sixteen. She'll face Tabitha in a sure-to-be heart-wrenching matchup.

Stay tuned later today for another sure-to-be scintillating episode of Monday Madness as Tim and Scott highlight the week to come. 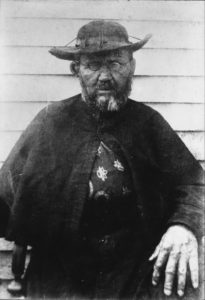 Father Damien of Molokai was born Joseph de Veuster on January 3, 1840, in rural Belgium. The youngest of seven siblings, Joseph was expected to follow in his father’s footsteps as a farmer. However, God had other plans for Joseph, and he heard a calling to follow his two older brothers into monastic life. Upon coming of age and entering the Congregation of the Sacred Hearts of Mary and Jesus, Joseph followed Roman Catholic tradition and took on the name of a sixth-century martyr, Damien of Syria.

Damien was known for praying fervently to Saint Francis Xavier to be sent on a mission. Little did Damien know but his prayers would soon be answered. In 1864, Damien’s brother suddenly became ill, and Damien found himself taking his brother’s place on a mission to Hawai’i.

Upon arrival to the islands, Damien was ordained to the priesthood and settled into a life of spreading the word of God. In 1866, Hawai’i established a leper colony at Kalaupapa on the island of Molokai. Leprosy, or Hanson’s Disease, was rapidly decimating native Hawaiians as their immune systems were unfamiliar with the disease brought by missionaries and other foreign visitors. In a mistaken attempt to control the spread of disease, the Hawaiian monarchy began sending leprosy patients to the remote peninsula of Kalaupapa. Flanked by soaring cliffs, deep ravines, and unforgiving topography, the peninsula ensured there was only one way in (by boat) and no way out for those banished from their homes, families, and friends.

Following a visit to the colony, Damien was dismayed by the poor living conditions, lack of resources, and inhumane treatment of the lepers. He began building homes for the patients, a church (St. Philomena, which stands today), established standards for cleanliness, implemented education plans for the young and old, and ensured the sick were cared for and the dead buried. In each patient, he saw Jesus staring back at him. Damien relocated permanently to Kalaupapa despite the church’s warnings that he would be exposing himself to infection. Damien is said to have replied, “I make myself a leper with the lepers, to gain all to Jesus Christ.” In 1885, Damien contracted leprosy and lived with the agonizing disease for four years before his death in 1889.

Collect for Damien of Molokai
Bind up the wounds of your children, O God, and help us, following the example of your servant Damien, to be bold and loving in service to all who are shunned for the diseases they suffer, that your grace may be poured forth upon all; through Jesus Christ, who with you and the Holy Spirit lives and reigns, one God, for ever and ever. Amen. 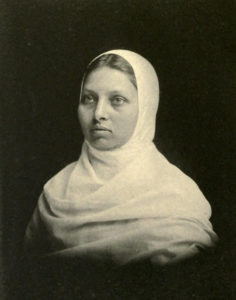 Born as Rama Dongre in 1858 in Gangamoola, India, to Brahmin parents, Pandita Ramabai was a champion of women’s rights and a social reformer. Despite the many prohibitions against women, Ramabai’s father, a Sanskrit scholar, taught his daughter the Hindu sacred texts. After his death, she continued his research and teaching at Calcutta University and was the first woman to be awarded the title Pandita for her scholarship.

She married a Bengali man outside her caste, which was socially frowned upon in her time. Her enlightened husband shared her passion for women’s issues, and they hoped to start a school for widowed child-brides, but he died less than two years after their marriage. They had one daughter, who worked closely with her mother, though she died suddenly a year before Ramabai’s death in 1922.

Ramabai continued her work on women’s issues, promoting education and an end to child marriage. To Lord Ripon’s Education Commission, she suggested that because men are not supportive of women’s education, women themselves should be trained as teachers and school inspectors in India. Additionally, she argued that if according to custom only a woman could provide medical care for gynecological issues, then women should be allowed to study medicine in order to do so. This sensational advice was carried all the way to Queen Victoria. The next year, Ramabai went to Britain to study medicine. There she converted to Christianity after spending time with the Wantage Sisters, an Anglican religious community. She also joined a mission that ministered to former prostitutes.

Ramabai returned to India and started the Mukti Mission, a home for widows and orphans. As a supporter of the movement for Indian freedom from colonial rule, Ramabai was one of ten female delegates of the Indian Congress of 1889. She translated the Bible into Marathi, the language of her birth, spoken in Western India. To this day, her Mukti Mission in Mumbai still provides the same much-needed services that Ramabai first offered more than a century ago.

Collect for Pandita Ramabai
Everliving God, you called the women at the tomb to witness to the resurrection of your Son: We thank you for the courageous and independent spirit of your servant Pandita Ramabai, the mother of modern India; and we pray that we, like her, may embrace your gift of new life, caring for the poor, braving resentment to uphold the dignity of women, and offering the riches of our culture to our Savior Jesus Christ; who lives and reigns with you in the unity of the Holy Spirit, one God, now and for ever. Amen.

188 comments on “Damien of Molokai vs. Pandita Ramabai”