Yes, the 32 saints in the 2020 Lent Madness bracket are the real stars of this penitential show. But we have a dozen Celebrity Bloggers 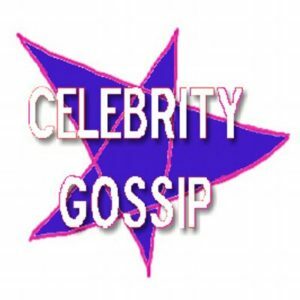 scheduled to write this year and we're pretty jazzed about them all! You can read their bios here.

Of the 12, nine are making return engagements, two are brand new, and one is returning to the fold after taking a year away from the Madness.

Our returning bloggers (aka gluttons for punishment) are Amber Belldene, Laurie Brock, Megan Castellan, Anna Fitch Courie, David Creech, David Hansen, Emily McFarlan Miller, Carol Howard Merritt, and David Sibley. If the names are familiar, it's because they have wowed legions of Lent Madness fans over the years with their saintly descriptions, flowery prose, and the spiritual gift of procuring top-notch kitsch. Also, many of them have books which you should buy, in order to support their lavish lifestyles of the (spiritually) rich and (church) famous.

Another familiar name to longtime Lent Madness aficionados is Neva Rae Fox, who returns after taking a breather last year to recuperate from too much adulation.

We are especially pleased to welcome Miguel Escobar and Sandra Montes to the Lent Madness (somewhat dysfunctional) family. Here's some information about our two newest Celebrity Bloggers: 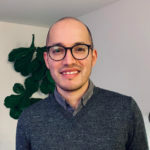 Miguel Escobar is Director of Anglican Studies at Episcopal Divinity School at Union. There he works with the Dean Kelly Brown Douglas in building a MDiv in Anglican Studies program aimed at forming Gospel-based, social justice faith leaders for the Episcopal Church. Previously, Miguel served as managing program director for leadership, communications and external affairs at the Episcopal Church Foundation. He earned a master of divinity degree from Union Theological Seminary in 2007 and served as communications assistant to then-Presiding Bishop Katharine Jefferts Schori from 2007 to 2010. Escobar is a member of the board of directors of Forward Movement and serves on the advisory council of Duke Divinity School’s Leadership programs and Episcopal Relief and Development’s church programs committee. He grew up in the Texas hill country and attended Our Lady of the Lake University in San Antonio, Texas, where he studied the Roman Catholic social justice tradition, Latin American liberation theologies, and minored in Spanish. He joined the Episcopal Church through St. Mary’s, West Harlem, drawn by the congregation’s diversity and commitment to social justice, and is now a member of All Saints Episcopal Church in Park Slope, Brooklyn. 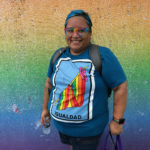 Sandra Montes will be in New York City during Lent this year as interim worship director at Union Theological Seminary. She is also Spanish language resources consultant at Episcopal Church Foundation (conveniently four minutes away from Union). She has a doctorate in education and uses it when people question her strong opinions, usually shared on social media. Her first book, Becoming REAL and Thriving in Ministry is coming out in May 2020. She loves to sing and dance with her dog, Chank’i and spend time with her family.

Although we'd love to share a group photo of all these amazing people together on some tropical island named for a saint (John, Lucia, Kitts, whatever), it's just not in the budget this year. Or any year - this is a shoe-string, Lenten operation, friends! So you'll just have to let your imagination run wild, as you read your copy of The Saintly Scorecard: The Definitive Guide to Lent Madness 2020, co-authored by everyone of these fine folks.