Did you miss us? We do hope you survived two consecutive days without the opportunity to exercise your right to vote. But we're back and loaded up with another full week of first round matchups. In fact, we're exactly halfway done with the first round -- eight matchups down, eight to go.

In case you missed Friday's result, Margaret of Castello easily defeated Simon Gibbons 70% to 30%. She'll go on to face Eva Lee Matthews in the Saintly Sixteen.

It's not everyday in Lent Madness that we have two saints whose lives overlapped, but that's exactly the situation in today's matchup. James Solomon Russell, born a slave in the American South, was a church planter and cleric. He faces Evelyn Underhill, English mystic, writer, and teacher. Time to vote! 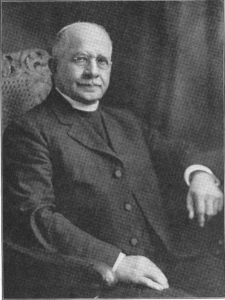 When the family gained their freedom after the Civil War, they reunited and became sharecroppers in Palmer Springs, Virginia. The young James went to a nearby school, where the schoolmaster believed in his intelligence so much that he accepted tuition in the form of labor and farm produce. The teacher also encouraged James to attend Hampton Normal and Agricultural Institute. James earned a teaching degree from what is now Hampton University, and then he returned to Palmer Springs and taught at the local school. As part of his daily curriculum, he had the students recite the Apostles’ Creed. This practice impressed the local Episcopal women, who decided to bankroll the school.

It took James four years at Bishop Payne Divinity School (the segregated version of Virginia Theological Seminary) to earn his degree (partially because he had to earn his way through and partially because he was the only student in the school at the time.) He was ordained a deacon in 1882 and sent back to Mecklenburg County as a missionary. The diocese equipped him with a horse and some money to build a church. He was ordained a priest in 1887.

From this inauspicious start, James founded one church but decided that what people really needed was a college. So he started the Saint Paul Normal and Industrial School in 1888 in Lawrenceville. He served as college president while continuing to be a church planter and missionary around south-central Virginia, and when the Diocese of Southern Virginia split in 1893, he was appointed archdeacon.

By the time James retired in 1931, he had founded thirty-seven churches, with more than 2,000 congregants. He had been twice elected as a suffragan bishop but refused (in Arkansas and in North Carolina) because he wanted to stay with church planting and with his college. The year he retired from St. Paul College, enrollment was 800 students.

Collect of James Solomon Russell
O God, the font of resurrected life, draw us into the wilderness and speak tenderly to us, so that we might love and worship you as your servant James Solomon Russell did, in assurance of the saving grace of Jesus Christ, who lives and reigns with you and the Holy Spirit, one God, for ever and ever. Amen. 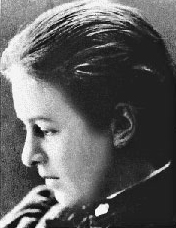 Evelyn Underhill (1875–1941) was a writer, novelist, and pioneer of Christian mysticism. Her books were widely read, especially Mysticism, which was published in 1911.

As a child, she had a keen awareness of peaceful stillness breaking into her reality, “like the ‘still desert’ of the mystic—in which there was no multiplicity nor need of explanation.” These experiences inspired a life of writing and exploration of spiritual matters. At first, Underhill was agnostic in her explorations but later became interested in Catholicism and ultimately embraced Anglo-Catholicism. Her mentor, Baron Friedrich von Hügel, encouraged her away from pure intellectualism to a more practical and charitable understanding of the spiritual life.

A child of her romantic Edwardian generation, Underhill believed life and religious experience ought to center in the heart. She sought to make spiritual teaching accessible to those interested in the trends of psychology, scientific advance, the resurgence of the medieval, and spiritualism. As Victorian taboos lifted, a new generation found the Edwardian period liberating in its celebration of sensuousness, the feminine, and the very un-Victorian possibility of personal, ecstatic fulfillment. Underhill became immensely popular, and in the 1920s she led retreats, took on hundreds of spiritual directees, and became a prominent public figure, speaking on the radio and teaching contemplative prayer.

Although Underhill’s family did not share her spiritual interests, she devoted herself to her parents and husband. Her writing did not keep her from her social obligations. She entertained, did charitable works, and kept a strict daily schedule that allowed her also to write, study, pray, and meditate. Underhill believed that the incarnation of Jesus revealed God to be present in the world, making sacred the mundane tasks of everyday, suffusing all moments and endeavors of life with the eternal. It is no wonder that she is among the most beloved spiritual teachers of the modern age.

Collect for Evelyn Underhill
O God, Origin, Sustainer, and End of all creatures: Grant that your church, taught by your servant Evelyn Underhill, may continually offer to you all glory and thanksgiving, and attain with your saints to the blessed hope of everlasting life, which you have promised us by our Savior Jesus Christ; who with you and the Holy Spirit lives and reigns, one God, now and for ever. Amen.