As we find ourselves mired in the Saintly Sixteen portion of the Lent Madness season, Tim and Scott are back with another award-winning* episode of Monday Madness. In the midst of isolation and quarantine, they remind you that connection and community are available through Lent Madness. They also highlight (and comment upon) the Top Ten Reasons to Attend Online Church, as Tim enumerated them on his blog. And Scott shares that he offered a virtual sermon on Psalm 23 last Sunday, in the form of an op-ed for a major news website.

In case that wasn't enough Monday Madness for you, don't forget you can watch the entire NINE-SEASON set of episodes on the LentMadnessTV channel on Youtube. You've got time on your hands since you're stuck at home, so there's never been a better time to watch the highs and lows of Monday Madness from 2012 to the present.

And here's a MONDAY MADNESS FUN FACT: not once in the entire history of Monday Madness have Tim and Scott ever done an episode that required a second take. Though you could argue that some may have been necessary...

* Monday Madness hasn't won any actual awards, but we're sure it would if only we entered it in some kind of contest, or if the Academy of Motion Picture Arts and Sciences had any decency.

This is here to help with social media sharing. 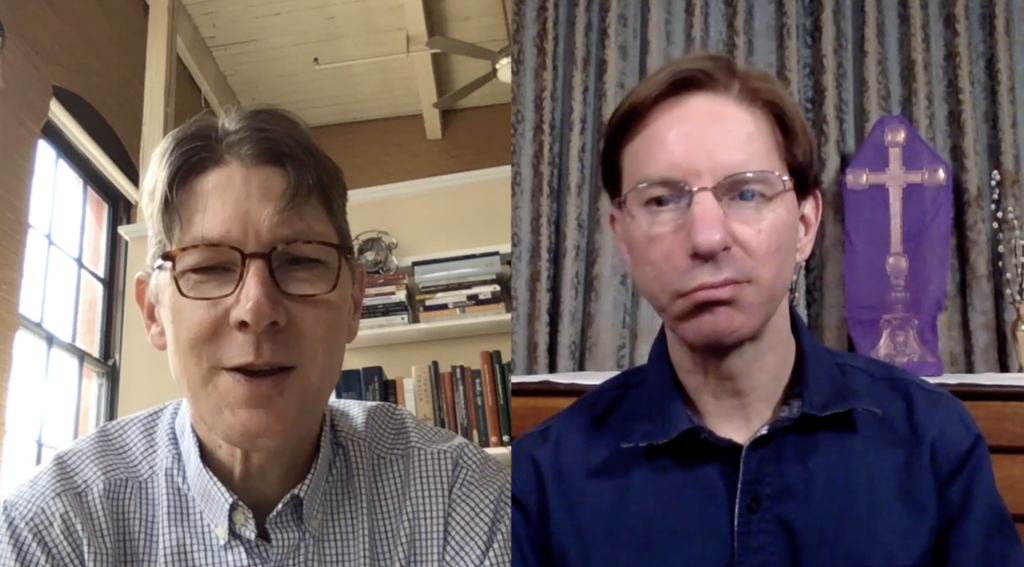