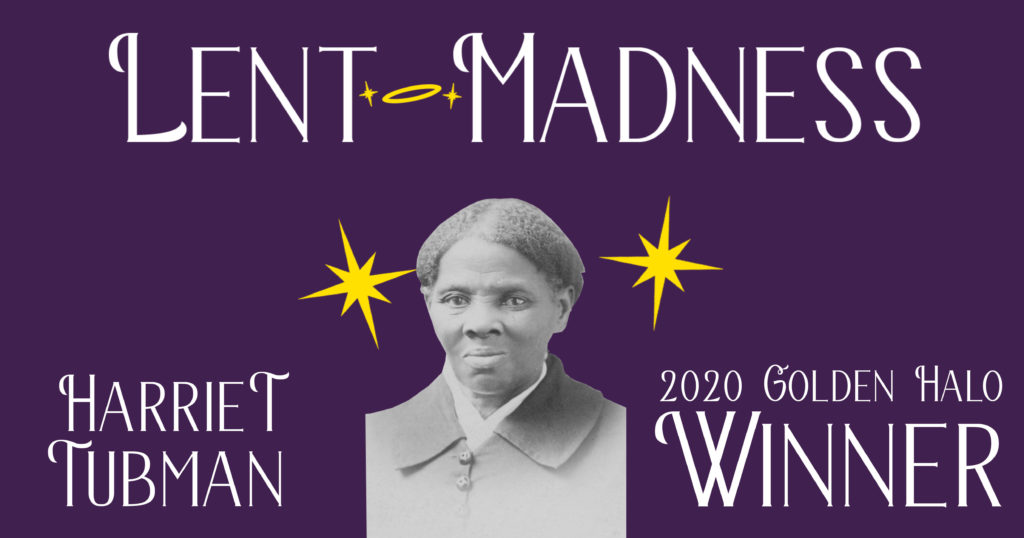 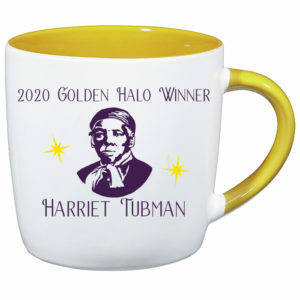 What’s nearly as important as announcing the Golden Halo winner? Sharing the Lentorium link to the winner’s swag! Be the first one on your block to order the official Harriet Tubman 2020 Golden Halo mug. Your brand new mug will ship later this spring in plenty of time for you to serve your friends warm beverages (from a safe distance and without touching anything).

Want to nominate a saint for Lent Madness 2021? Tim and Scott will be opening up the week-long nomination process (aka Nominationtide) in the coming weeks. Stay tuned!

Finally, blessings to all as we head into the Triduum and enter into the death and resurrection of our Lord. It’s been a privilege to have you join us on our Lenten pilgrimage. Stay safe out there, folks, and know that you remain in our prayers.