Congratulations! You survived the first go-round of saintly kitsch. Which is more than we can say for Herman of Alaska who lost to Harriet Tubman 61% to 39% to claim the first spot in the Faithful Four.

Next up is Joanna the Myrrhbearer vs. Joseph as they vie to represent the Biblical quadrant in the next round. To make it to this point, Joanna defeated Junia and Bartimaeus, while Joseph took down Joshua and Elizabeth. Now, some saints have lend themselves to kitsch more easily than others. Today’s matchup is a perfect example of the feast and famine nature of the Elate Eight. But this is why we employ such talented Celebrity Bloggers who, at times, must tap into their unceasing creativity to bring the kitsch.

Oh, and PLEASE don’t forget that you can read all the great information posted by our Celebrity Bloggers in previous rounds by heading over to the handy Bracket tab. Time to vote! 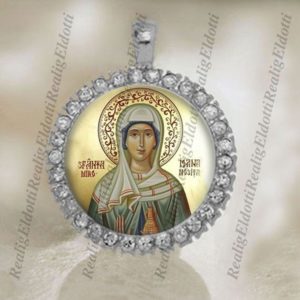 Since “hardly anyone knows Joanna” the Myrrhbearer, there is hardly any saintly kitsch associated with her.

There are just a handful of icons and medals available for purchase on Etsy, 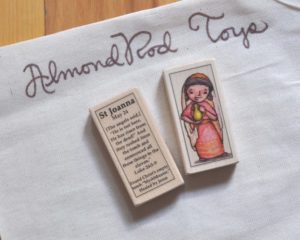 including blocks bearing her cartoon image so you can make sure the next generation gets to know her better: how she left a life of luxury to follow Jesus to the margins after he may have healed her, how she helped bankroll Jesus’ ministry, how she was present at Jesus’ death, how she may have been a leader in the early church.

But there is plenty of myrrh to be found on the internet, so let’s take a look at the thing with which Joanna is most identified. 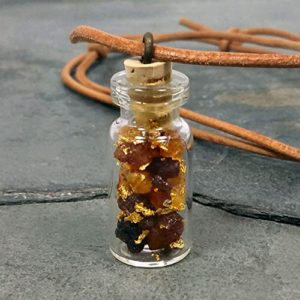 Joanna is known as the myrrhbearer because she was one of the women following Jesus who went to prepare his body for burial and found it missing on Easter morning. One of the spices and perfumes the women would have brought with them is myrrh, an earthy-scented resin extracted from a number of small, thorny trees. It has long been used as perfume, as medicine and as part of religious ceremonies.

Myrrh is mentioned throughout the Bible, making appearances at Jesus’ 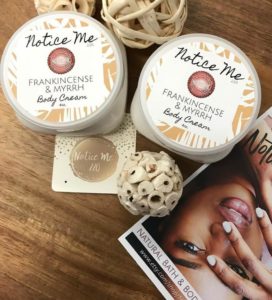 birth, given to him by the Magi, and at his death, offered to him as a painkiller mixed with wine as he was being crucified. 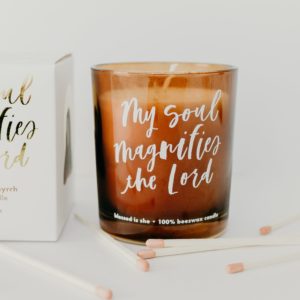 Nowadays you can get myrrh resin or essential oils from Etsy, Amazon or your college friend’s multilevel marketing business. It’s touted for everything from setting a meditative mood when burned or diffused to preventing aging when applied in skin creams.

Among the myrrh products you can buy to commemorate Joanna:

A “Christmas necklace” of myrrh resin bottled with frankincense and gold so you, too, can be a myrrhbearer wherever 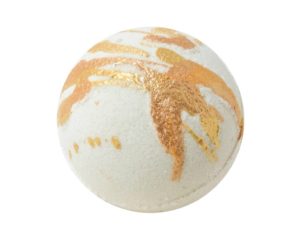 Notice Me myrrh and frankincense body cream in the hopes Joanna might finally be noticed in the text and celebrated for her contributions to the church.

A myrrh and frankincense-scented candle in a votive printed with the opening words of the Virgin Mary’s Magnificat — “My soul magnifies the Lord” — for when you feel like celebrating all the fiercely faithful women of the Gospel. 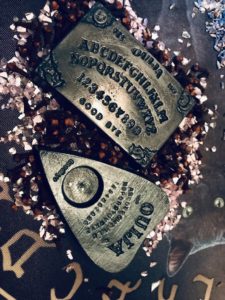 A golden myrrh and frankincense-scented bath bomb to unwind after several hundred years of being overlooked in church history.

And, finally, myrrh and frankincense-scented soap in the shape of a Ouija board and planchette to cleanse your spirit and perhaps conjure Joanna in order to hear more of her story — and put that whole Junia thing to rest (not advised). 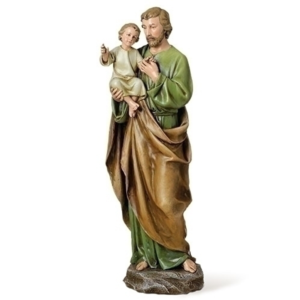 Selling a house or property? St. Joseph is your go-to guy. Just bury a statue of St. Joseph upside down on the property and voila! – your house will be sold.

Have a headache, fever, or other pain? Take care of that hurt with St. Joseph’s aspirin.

St. Joseph’s feast day is March 19 and celebrations abound. Red is the color of the day, so don crimson clothing, and decorate your home and business in hues of red.  For March 19, prepare your St. Joseph’s altar, which includes flowers – usually lilies – wine, fruit, candles, and fava beans. Add a few breadcrumbs, symbolic of St. Joseph’s carpenter dust. It’s an annual big community event in New Orleans; sadly, the public St. Joseph’s altars were cancelled in 2020 because of COVID-19.

The menu on his feast day features lots of zeppoles, a yummy cream filled pastry that is a traditional St. Joseph’s Day Italian treat, along with figs, cookies, and lots of fruit.

His image graces just about any surface that is available: medals, cards, statues of all sizes, icons, ties, posters, artwork by the great masters, books, t-shirts – the list is endless. 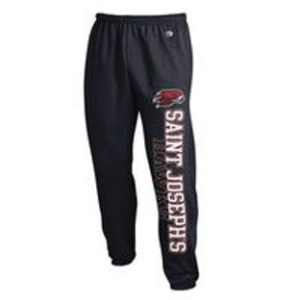 Wear your favorite St. Joe’s athletic gear to cheer on the Philadelphia college’s basketball team through its March Madness events. Sadly, this year’s March Madness – which (surprise surprise) is held simultaneously with Lent Madness – has been called because of COVID-19.

Holy cards are available depicting St. Joseph’s appearance in two well-known visions: with Mary at Fatima, Portugal 1917 and in Knock, Ireland in 1879.

St. Joseph can be your companion throughout this pandemic. Although he is a major figure in countless movies, there are a few dedicated to his story, which you can order and binge during this confinement time: Joseph of Nazareth (2000); Joseph of Nazareth: The Story of the Man Closest to Christ (2009); and St. Joseph (2018) – it’s not really about St Joseph, but about two NJ families, one of whom calls upon St Joseph for a favor….

Or sing your choice of songs about St Joseph: Dear St. Joseph, kind and true, I have lessons I must do. They are for your Foster Son. Help me till the work is done.

Joanna the Myrrhbearer vs. Joseph

129 Comments to "Joanna the Myrrhbearer vs. Joseph"