We love alliteration here at Lent Madness HQ. So naturally, we're bringing you the Elate Eight Edition of Marvelous Monday Madness. Tim and Scott are back with another award-winning* episode of Monday Madness, in which they partake in a couple of annual traditions. And not just because they've run out of fresh material.

First, there's a bit of saintly kitsch show & tell, as we enter the round of saintly kitsch. Second, and like unto it, because we're at the kitsch round, we usually encounter a few Kitsch Kranks, the people who hate this part of Lent Madness. To that end, the SEC gives you the Summary of the (Lent Madness) Law. Again. 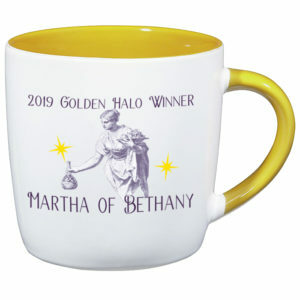 Would it even be an episode of Monday Madness without some product placement or high-pressure sales tactics? Now that it's spring, that means it's time for spring cleaning. Who better to invoke as the patron saint of spring cleaning than Martha of Bethany, famously overproductive domestic superstar? Fuel up with some caffeine from a Martha of Bethany 2019 Golden Halo winner mug. Your vacuum cleaner will thank you. Your dust mites will not.

* OK, sure, Monday Madness hasn't won any awards YET. But in our imagination we have several Oscars because they're so obviously deserved.

This is here for social media sharing. Also, you could use these photos to make fake IDs if you're trying to bust your way into the SEC's inner sanctum at a secret, undisclosed coffee shop. 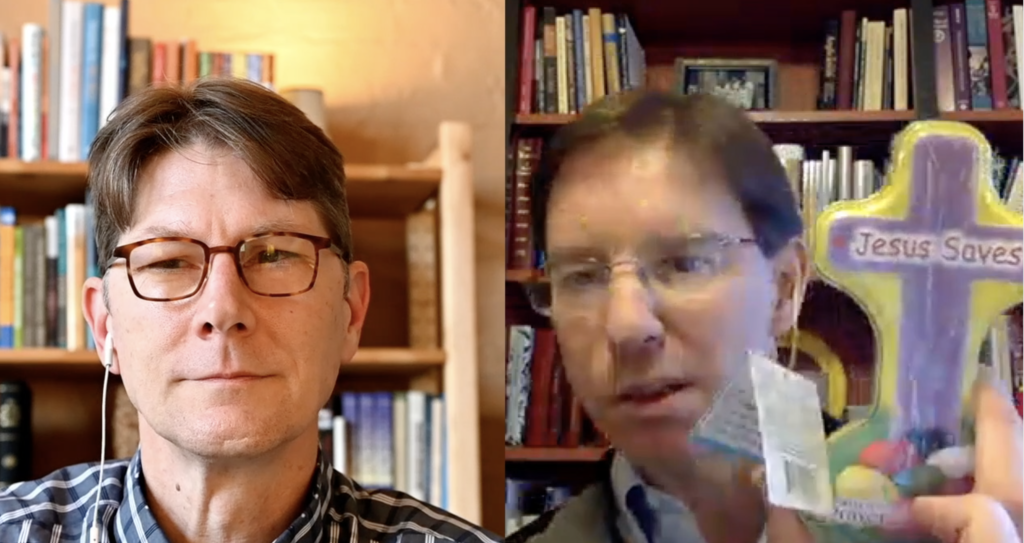