In the final battle of the Round of the Saintly Sixteen, Emma of Hawaii takes on Paul of Tarsus. The winner heads to the Elate Eight to square off against Thomas Cranmer. Two primary questions will be decided in the next 24 hours: 1) Will the Bishop of Hawaii once again be able to get out the vote for Queen Emma like a pointy-hatted precinct captain? 2) Will Romans 8 swing the tide toward Paul despite all those run-on sentences that are the bane of lectors throughout all of Christendom?

This past weekend we saw how have the legions (and by that word we mean lots of people not the uber-demon in Mark 5:9) of Lent Madness fans coped with another bout of LMW (Lent Madness Withdrawal): they read about Lent Madness in Sports Illustrated and watched fans on video answer the question "What do you love about Lent Madness?" The Supreme Executive Committee does what it can to ease your pain.

Following the climactic match-up of this round (made up of saintly Quirks & Quotes), only eight saints will remain standing. We'll kick things off on Tuesday morning with Mary Magdalene taking on Evelyn Underhill. Then we'll proceed with Dietrich Bonhoeffer vs. Jerome followed by Margaret of Scotland vs. Enmegahbowh and Thomas Cranmer vs. the winner of today's match-up. The "madness" never ends! Well at least for a bit longer. Check out the updated bracket and prepare yourselves mentally and physically for the crescendo of the saintly smackdown. 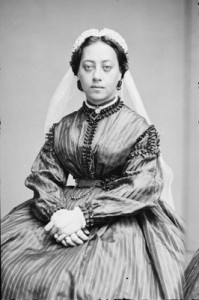 When Emma of Hawaii was born in Honolulu in 1836, the young chiefess was offered for adoption to her mother's sister, Grace Kamaikui Rooke, and her husband, an English court physician. This followed the Hawaiian custom of hanai, whereby a child would be given to grandparents to raise or to a couple who, like the Rookes, were unable to have children. In old Hawaii there was no such thing as an unwanted child. Children were told they were “bowls of light put here to shine great spirit greatness." In the Rooke household, Emma was taught to be very British while her hanai mother, Grace, raised her to be Hawaiian as well.

Shortly after her marriage to Alexander Liholiho, King Kamehameha IV, in 1856, the new queen became involved in life of the kingdom. Her deepest concern was saving the Hawaiian people from extinction. In fewer than 80 years, the Hawaiian population plummeted from 350,000 to 70,000 due to disease introduced by Europeans. The threat of extinction was a very real. In his first speech as monarch, Kamehameha proposed the building of a hospital and the young couple quickly worked to solicit funds to establish one. To honor her dedication to the effort, the hospital, named Queen’s Hospital, opened in 1859. It is said that Emma visited patients at the hospital every day that she was in Honolulu, a practice that gained her the great love of her people.

In addition to their concern for the physical well-being of the Hawaiian people, Queen Emma and the king took steps to ensure their spiritual well-being, with the first services in the new Anglican church formed by the Church of England at their behest held on October 12, 1862. The king and queen were baptized on October 21 and confirmed in November. They felt the Anglican church was “eminently suited to the character and temperament of his people,” according to the website of St. Andrew’s Cathedral.

However, the couple’s happiness at the establishment of the Church of Hawaii was clearly diminished by the tragic death of their four-year old son just six weeks prior the Pro-Cathedral’s consecration. More tragedy followed when King Kamehameha died 15 months later at age 29.

“To ease her pain, Emma dedicated herself to many worthy causes, among which was organizing a hospital auxiliary of women to help with the ill. She also helped found two schools, St. Andrews Priory in Honolulu and St. Cross on Maui. Her work included the development of St. Andrews Cathedral. She journeyed to England where she and her friend, Queen Victoria, raised $30,000 for the construction of the cathedral. The first phase of the cathedral was completed in time for Christmas, 1886, due in great part to the support for the Queen’s vision of the Cathedral as a memorial to her husband. Queen Emma did not live to worship in the Cathedral.  She had died the previous year on St. Mark’s Day 1885.”

Queen Emma’s biographer, George S. Kanahele, has this to say:

"She was different from any of her contemporaries. Emma is Emma is Emma. There’s no one like her. A devout Christian who chose to be baptized in the Anglican church in adulthood, and a typically Victorian woman who wore widow’s weeds, gardened, drank tea, patronized charities and gave dinner parties, she yet remained quintessentially Hawaiian. She wrote exquisite chants of lament in Hawaiian, craved Hawaiian food when she was away from it, loved to fish, hike, ride and camp out (activities she kept up to the end of her life) and, throughout her life, took very seriously her role as a protector of the people’s welfare. In a way, she was a harbinger of things to come in terms of Hawaii’s multi-ethnic, multi-cultural society. You have to be impressed with her eclecticism — spiritually, emotionally and physically. She was kind of our first renaissance queen.” 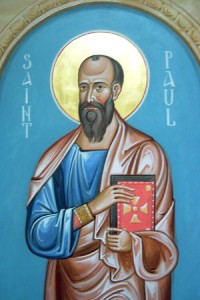 Known more for his missionary travels and fierce dedication to the mission of Christ, it may come as a surprise that Paul of Tarsus (5-67) is arguably the best-selling author of all time.  Sure Plato, Shakespeare, and even J.K. Rowling have their fans, but this devout Jew, thrown from his horse then given a vision of Jesus so real that he dedicated his life to talking about it, did so with such appeal that even today, the Bible remains the world’s best selling book.

Paul is responsible for about two-thirds of the New Testament. His greatest hits are more memorable than Agatha Christie’s and more numerous than The Rolling Stones’. They include the Book of Romans, especially chapter 8, “[nothing]… will be able to separate us from the love of God in Christ Jesus our Lord,” 1 Corinthians 13, “Love is patient, love is kind…” and Ephesians, Philippians, and Colossians, “And whatever you do, in word or deed, do everything in the name of the Lord Jesus…” (Col. 3).

Paul’s quirks are generally known and roundly contested. They include his partiality to the single life and his ‘thorn in the flesh’ (an eye infection or a burdensome companion). Paul condoned slavery, treated women as second-class citizens, and was prone to rather heated arguments. Yet his compulsion to document his Christian journey and theological convictions would overshadow his most distracting paroxysm.

While much of his writing was done in less than perfect conditions (jail), under less than perfect deadline pressure (death), and with less than perfect remuneration (persecution), his deep-seated conviction, that life in Christ was an all or nothing affair, pierced every text: “For me living is Christ and dying is gain.” (Phil 1).

Paul’s motivation was passion. His reward was martyrdom. His legacy, to every writer everywhere, is to write with conviction. Paul empowers authors to believe that their greatest work is to channel that which is deep within them, to affect a world far beyond them, through a presence mostly unknown to them. Here’s to a guy who did all sorts of amazing stuff, still found time to write about it, and never made a nickel.

101 comments on “Emma of Hawaii vs. Paul of Tarsus”