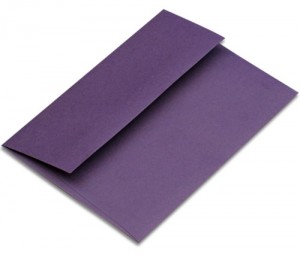 First off, congratulations. We think you're off to a great start as the Bishop of Rome and Supreme Pontiff, and we know a bit about being Supreme in the religious world. Like you, we are accountable to no one and our selection process is mysterious. Unlike you, we favor purple limos instead of white popemobiles. We were especially delighted by your choice of name, Francis. We just hope you do even better than Francis performed in Lent Madness 2010. While he made it into the Faithful Four, it was a bit catty when Julian of Norwich took him out.

Though we are Anglicans, we noticed you popes like to issue encyclicals. Here at Lent Madness, we favor top ten lists. So, please allow us to give you some friendly and saintly advice, one Supreme to another Supreme, in the form of a top ten list. That's no bull. (Get it?)

Top 10 Saintly Bits of Advice for the New Pope

10. You have a bunch of travel in your future. Why not save some time and money by using Holy Skype -- the latest in visions. St. Clare mastered this, when she saw Mass on her wall. Maybe you can use something similar to meet with foreign dignitaries and wayward bishops.

9. We know you like to give money to the poor. If you decide to do this, don't keep too low of a profile, otherwise you'll end up doing no better than St. Nicholas, who was defeated in the first round of Lent Madness 2012 by Evelyn Underhill. Maybe the whole anonymous "shoe gift" thing isn't the way to go.

8. Your humble service in the church is an inspiration to all. Keep it up, and maybe write some poetry on the side while you're at it, and you could end up as well regarded as the famous parson and Golden Halo champion George Herbert, winner of Lent Madness 2010. Sometimes, humility gets you to the top.

7. Get some allies. For example, you could do worse than having the Hawaiians on your side. Last year, Queen Emma of Hawaii almost won the Golden Halo, thanks to her friends in Hawaii. Your papacy could accomplish much if you can find a way to stay in the good graces of these amazing people. 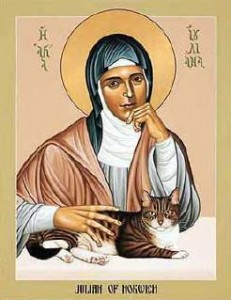 6. You need a pet. Seriously, if you had a cat, it would make some great photo ops. Adds the touch of warmth and all that. If you got a white-haired kitty, you wouldn't even be able to see the hair on your shiny new cassock. Plus, you would be well positioned to sail through life the way Julian of Norwich sailed through Lent Madness 2010 thanks to cat-lovers around the world.

5. Get a strong woman by your side. We know you can't get married (though we think you could change that, if you wanted). But maybe a nun? Enmegahbowh benefitted greatly from his companionship with Iron Sky Woman. Perhaps a nun with a shotgun would do the trick. You'll need something to keep those cardinals in line.

4. If travel becomes grueling and the mystical visions in tip number 10 don't do the trick, you could always try bilocation. It worked really well for Martin of Porres, though not well enough for him to sneak past David Oakerhater in Lent Madness 2012.

3. Get out of the bus and into the popemobile. Sure, the symbolism of riding the bus is awesome. But you have places to go and people to see. Your example here comes from the seventh century in St. Chad, who refused to ride a horse, preferring the more "apostolic" custom of walking. Finally, after pressure from his aides, he agreed to ride a horse so that he could serve his whole diocese. In other words, it's time for you to start horsing around. 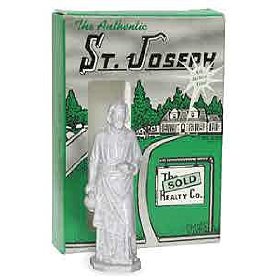 2. If your papacy is a success, in a few centuries, people may use statues of you to implore God's mercy. As you know, some Roman Catholics bury a St. Joseph statue upside-down in their yard to expedite selling their house. What might people do with a St. Francis of Buenos Aires statue? If you decide to downsize yourself into a tiny apartment instead of the Apostolic Palace, future renters might use a statue of you to get a great unit or perhaps to get out of their leases. Or if you continue to use ordinary cars instead of the popemobile, people might put a statue of you into the trunk of cars they're trying to sell. Well, it's something to strive for.

1. You want to be known as Francis the Great? One path to that title is reforming church music. That's exactly what Gregory the Great did when he popularized Gregorian chant. This one's actually easy. You can undo the damage of post-Vatican II and ban guitars and overly amplified cantors from your churches. Get back to a more organic (get it?) kind of church music. The faithful will thank you, and Jesus will weep a bit less often.

We are available for consulting, though you might have to reverse your predecessor's declaration that we Anglicans are absolutely null and utterly void. Come to think of it, maybe this is just the occasion the papacy has needed to reach out to Anglicans. We could all hang out and share tips on how to be Supreme. Trust us, you're much better off getting advice from us than from these folks.

Anyway, let us know when you want to talk.

Yours in fellow Supremacy,
Scott of Cincinnati
Tim of Hingham

P.S. Can we borrow the chimney from the Sistine Chapel? We think it would be cool to bellow a bunch of purple smoke the day we announce the winner of the Golden Halo. Thanks in advance.

P.P.S. All kidding aside, we're praying for you. You've got an unimaginably big task ahead, but rest in the knowledge that people around the world, not just in your own church, are praying for your success.