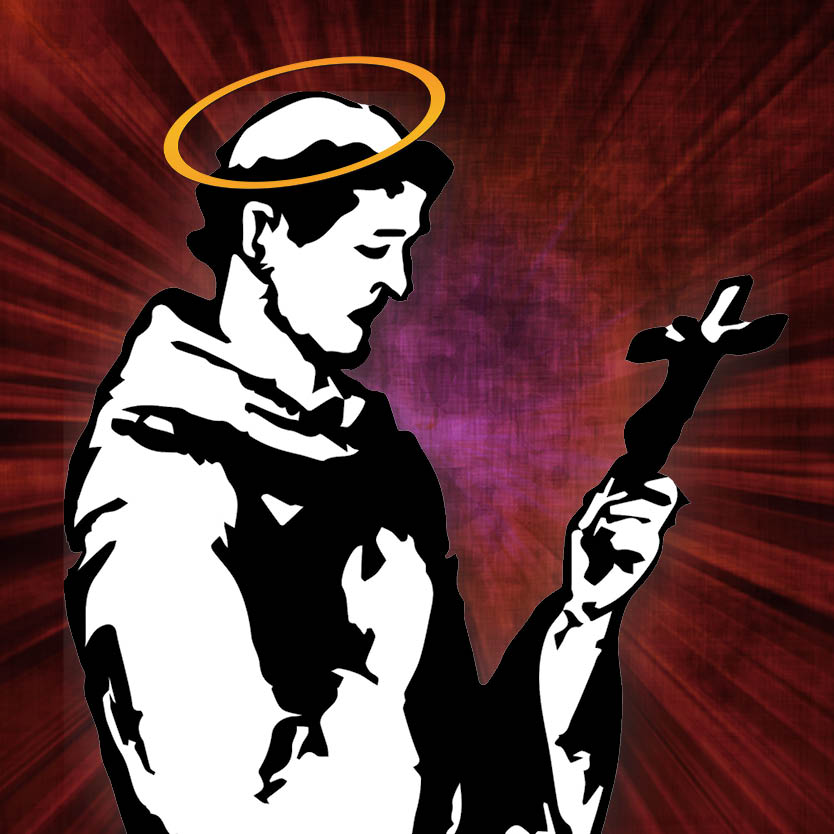 The Lent Madness Supreme Executive Committee congratulates Francis of Assisi on his victory in Lent Madness 2015. With over 8,200 votes cast, Francis and Brigid of Kildare staged an epic neck-and-neck race throughout the day, fueling saintly passions across the globe. The SEC has certified the election (after having to zap some votes from several over-voters). In the end, rest assured that the result was close but clean.

To honor this achievement we have taken the liberty of rewriting his famous Canticle of the Sun. We suggest this be used in every Easter Day liturgy — either in the context of the sermon or as a communion anthem.

Most high, all powerful, all good SEC!
All praise is yours, all glory, all honor, and all blessing.
To you, alone, Tim and Scott, do they belong.
With a few Celebrity Bloggers thrown in.
Since we don’t pay them much. Mostly free mugs.

Be praised, my Lord, through all your voters,
especially through my Brother Oliver,
who once was seven but now is eight.
His voting touch has been a thing of beauty!

Be praised, my SEC, through Sister Brigid;
in the heavens you have made her bright, precious, and beautiful.
Though not victorious. I might add.
Oh, she of the “Silver” Halo.

Be praised, my Lord, through Brothers Facebook and Twitter,
through which you give your creatures sustenance
and a venue for holy trash talking.

Be praised, my Lord, through Sister Bracket;
the large poster-sized one that is useful and understated
and holds the place of honor in every church parish hall.

Be praised, my SEC, through Brother Kitsch,
through whom you brighten the night
with glow in the dark statues of the Virgin Mary,
who, by the way, will never be put in the bracket.

Be praised, my SEC, through Sister Golden Halo,
who shines brightly and emits such a blinding aura
that we are unworthy to look her way
for by you, SEC, with the help of the Lent Madness voting public
does she crown the head of victory.

Praise and bless the SEC, and give thanks,
for they serve with such unsurpassed humility. 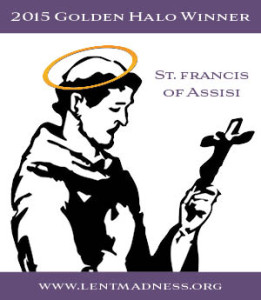 Commemorate this great moment in church history by purchasing your very own Francis of Assisi mug. It features Francis with the words “2015 Golden Halo Winner” and “Lent Madness.” This is the perfect gift for every Lent Madness voter, every saint lover…or really anyone who drinks liquid in any form. For that matter, you can always use this mug as a birdbath. The Francis of Assisi Golden Halo Winner Lent Madness 2015 mug is white ceramic, ready to hold 11 ounces of your favorite beverage or something for the birds. Pre-order yours now for just $11. Buy five or more for just $9 each. They’ll ship soon! Buy now!

BRIGID FANS: Your pleas have been heard by the SEC. Due to the exceedingly close nature 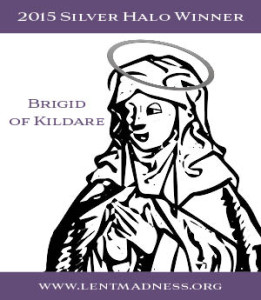 of the competition for the Golden Halo, we are awarding the first ever Silver Halo to Brigid of Kildare. Stay tuned for your chance to own a Lent Madness Brigid-inspired pint glass. Keep an eye on our Facebook and Twitter accounts, because we’ll announce when the Brigid pint glass is available in the Lentorium. It should be sometime in the next few days.

For now, have yourself a blessed Holy Week and joyful Easter. You’ve earned it!