And then there were eight. With Dietrich Bonhoeffer securing the eighth and final spot with a victory over Barnabas 68% to 32%, this is the list of the eight saintly souls remaining in Lent Madness: Constance, Vida Dutton Scudder, Albert Schweitzer, Julian of Norwich, Columba, Dietrich Bonhoeffer, Sojourner Truth, and Absalom Jones. Quite a stellar list for the Elate Eight!

Veterans of Lent Madness know that this round is also known as the Saintly Kitsch round. After basic biographies, quotes and quirks, what else could there be? There are always some folks who take offense to this approach — we call them Kitsch Kranks and have written about this phenomenon in years past. This is not to belittle or demean our saintly heroes but to have some fun and gaze in wide wonder at the breadth of devotional practice. So kindly relax and enjoy the spirit of the Madness as we push ever onward to our goal. The Supreme Executive Committee addressed this very issue in yesterday's epic edition of Monday Madness.

Today in a matchup of two modern-ish saints, Constance meets Vida Dutton Scudder. To get to this point, Constance defeated Dominic and Helena while Vida got past F.D. Maurice and Clare (click the Bracket tab and scroll down to see previous battles and read the earlier write-ups). And we're reminded, as ever, that some saints lend themselves to kitsch more than others... 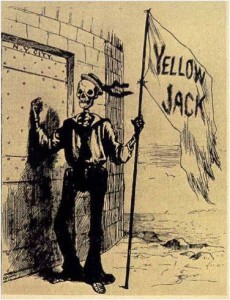 It is 1878 and yellow fever has hit your home in Memphis, Tennessee. The town has tagged your household with a "Yellow Jack" flag to announce to all visitors that the epidemic has descended upon your home and all who enter, enter at their own risk. 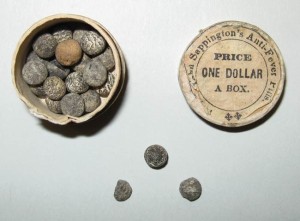 A traveling door-to-door salesman is feeling bold as brass and stops by with a box of Sappington's Anti-Fever pills to protect you from what is sure to be death. You wisely tell that joker to get off your front porch or you will breathe yellow fever all over him. 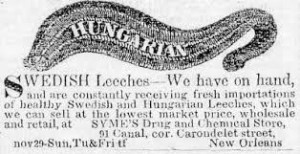 If leeches gross you out (like me), then you can always have the quack doctor bleed you into your tin coffee cup to balance your humors. I am not sure about you, but bleeding of any sort, does not leave me feeling humorous, and there better not be anything in my coffee cup other than good ole joe. 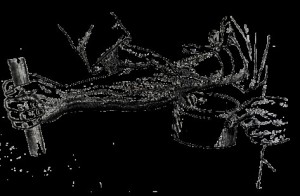 If you are really, really smart, you will tell those quack doctors to get a life too. What you need is not a doctor; it is Constance and her Companions!  Constance and her companions will bring care, comfort, warm compresses, broth, love, and prayer to your bedside. If you live, they leave a "Team Constance" shirt for you to wear during your recovery. 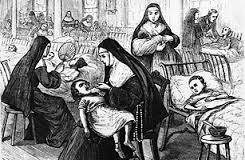 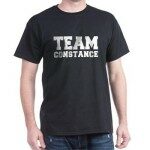 If you die, you can be buried with Constance and her Companions in Elmwood Cemetery in the shape of a cross. Inquiring readers wanted to know:  What happened to the prostitute that helped Constance? Well this famous madam was known as Annie Cook. She was originally buried in unconsecrated ground due to her profession, but can now be found in Elmwood Cemetery as well. Annie's fans felt that she deserved to be buried on hallowed ground for her helping hands during the epidemic. 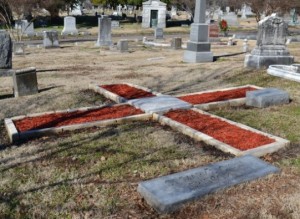 Now, imagine googling images of "yellow fever" for two hours. If you are as stressed out as I, you may need to arm yourself with a "Yellow Fever" cocktail before voting: 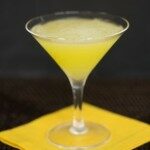 Now that you have armed yourself with liquid courage, remember as you vote, #ConstanceWouldGo 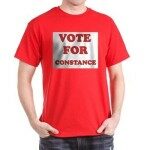 Vida Dutton Scudder lives on in her work. 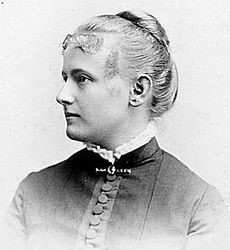 There aren’t many images of Vida in the public arena. There aren’t depictions of her in stained glass windows in churches or college halls. There aren’t mugs or t-shirts emblazoned with her visage or heralding her name.

Vida is a quiet saint. Hers is not a household name or an easily recognizable face. Nonetheless, her drive is felt everywhere, even after more than 60 years following her death. Her legacy is ubiquitous and discreet. Her quiet influence and deep commitment shine through in all that she touched.

Rather, Vida is found in her books. In her writings. In her thoughts. In her dreams that she converted into action and activism. Her unabashed dedication is evident in her lifelong work of social conscience and deep spirituality. Her legacy is apparent in her work that lives on – the books, the movements, the organizations.

Vida was an Episcopalian who lived out her Christian beliefs as a social reformer, writer and editor, professor, lecturer, prominent lesbian author, groundbreaker in addressing social and women’s issues, untiring welfare activist, and peace proponent.

Her open-minded heart was non-stop: founder of the College Settlements Association; member of the Society of Christian Socialists; associated with the Society of the Companions of the Holy Cross; advocate of the settlement movement and founder of Denison House in Boston, MA; active in organizing the Women’s Trade Union League; founder of the Episcopal Church Socialist League; a 1930s lecturer at the New School for Social Research in New York.

Add to all her social activity is the fact that she wrote more than three dozen books, essays and commentaries; 16 books were penned during her retirement years. The titles of her works speak to her zeal and spirituality: The Witness of Denial; Socialism and Spiritual Progress: A Speculation; Christian Simplicity; Saint Catherine of Siena as Seen in Her Letters; Socialism and Character; The Church and the Hour: Reflections of A Socialist Churchwoman. 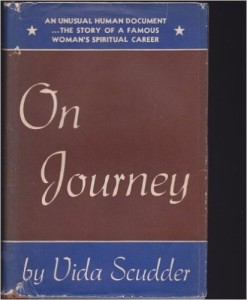 So it appears that Vida didn’t have time to pose for photos or portraits or stained glass. Rather, peek into her books and writings and movements, and you see her heart, her face, her image, her likeness as an untiring child of God.

Vida Dutton Scudder lives on in her work.