Friends, it's time for a brand-new episode of Monday Madness, featuring what Lent Madness historians believe is the first-ever double video post! Yes, brace yourselves, settle in with a giant cauldron of popcorn, and enjoy TWO videos embedded in this single post.

This week on Monday Madness, Tim and Scott discuss their shock at having once again been passed over for an Academy Award. Still, they soldier on, sharing Lenten joy and sanctoral smackdowns the world over.

Despite their dejection and outright rejection, Tim and Scott are pleased to share what is perhaps the definitive recording of the Official Lent Madness Hymn. You may recall that the Lent Madness global viewing public chose among three options penned by Hymn Writer in Residence Sr. Diana. A new version of "The glory of these forty days" is now the Official Hymn of Lent Madness. We're grateful to organist & director of music David Sinden and rector Fr. Luke Jernagan -- and their whole congregation -- for offering this wonderful recording from St. Peter's Episcopal Church in St. Louis, Missouri. We're also pleased to see that at St. Peter's, as at churches in all of Christendom, nobody sits in the first few pews.

Besides playing this hymn over and over again, we encourage you to binge-watch Monday Madness or head over to the Lentorium to load up on Lent Madness goodies. The Supreme Executive Committee also provides plenty of FREE stuff, so do not despair if you don't want to open your wallet. 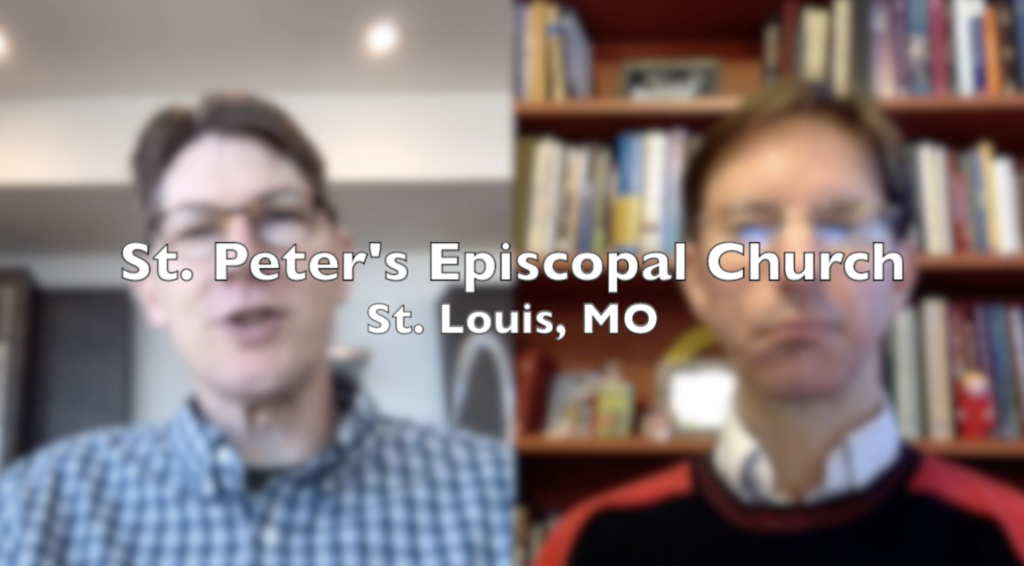