In the closest battle of Lent Madness 2019 to date, Nicodemus edged James the Greater 51% to 49% yesterday to advance to the Saintly Sixteen where he'll face Martha of Bethany for a shot at the Elate Eight. See? Every (single) vote counts! But be aware that multiple voting will get you cast out into the outer darkness of Lent Madness, where there will be weeping and gnashing of teeth. Remember, Big Lent is watching...

Today, we head up to the Great White North of Canada to meet Hannah Grier Coome and back down to Philadelphia to encounter the pioneering ministry of Richard Allen.

Yesterday, in addition to the nail biting Biblical matchup, we offered everyone a rare glimpse behind the Purple Curtain that is the Supreme Executive Committee. In case you missed it, you can catch up here. 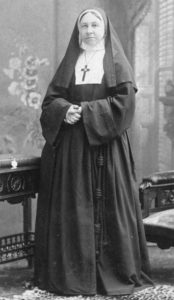 Hannah Grier Coome was born October 28, 1837, to the Rev. John Grier and Eliza Geddes in Carrying Place, Upper Canada, and is known as the founder of the Sisterhood of St. John the Divine in the Anglican Church of Canada.

With her father serving as rector of an Anglican congregation, Hannah had ties to the church from the beginning of her life. On July 23, 1859, Hannah married Charles Horace Coome, a civil engineer working on the railroad. When his contract was complete, he took Hannah back to his native country of England. There, Hannah was influenced by the Oxford Movement and the local Community of St. Mary the Virgin. Hannah was immediately drawn to their works of service and their strong commitment to the mission of Christ’s church in the world.

While living in England, Hannah became pregnant but lost what would be her only child after a dangerous fall. Following a lengthy convalescence, Hannah and Charles left England and ended up in Chicago, Illinois, where her husband died a year later. Hannah returned to Toronto and connected with a group of devout Christians who felt the need to establish a monastic community for women. This group of men and women began working together to raise funds and find a permanent location to establish the sisterhood. Hannah left for upstate New York to train at the Community of Saint Mary in order to gain the education she needed to lead the order.

Mother Hannah died on February 9, 1921, on an Ash Wednesday surrounded by her family of sisters. The order she founded lays claim to sister houses (past and present) in Quebec, Nova Scotia, Saskatchewan, Toronto, British Columbia, and Alberta. The sisterhood is known for training nurses, providing rehabilitative care, opening hospitals, providing education and shelter, and care for the elderly. SSJD serves both urban and rural areas of Canada and founded St. John’s Rehabilitation Hospital in Toronto.

Collect for Hannah Grier Coome
Almighty God, you have surrounded us with a great cloud of witnesses: Grant that we, encouraged by the good example of your servant Hannah, may persevere in running the race that is set before us, until at last we may with her attain to your eternal joy; through Jesus Christ, the pioneer and perfecter of our faith, who lives and reigns with you and the Holy Spirit, one God, for ever and ever. Amen. 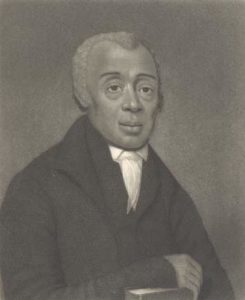 Many Episcopalians have heard the name Absalom Jones; however, few know of Richard Allen, Jones’s Methodist counterpart and co-conspirator for racial justice.

Born as an enslaved man, Allen and his family were sold to a man who owned a plantation in Delaware. The plantation owner was convinced by a Methodist preacher that slavery was sinful and eventually offered his slaves the opportunity to buy their freedom, which Allen did in 1780, changing his name from “Negro Richard” to “Richard Allen.”

Credentialed as a Methodist minister in 1784, Allen eventually moved to Philadelphia to minister to the burgeoning population of free blacks. He became a minister at St. George’s Methodist Episcopal Church but was relegated to early morning services for black congregants. This segregation was a constant source of tension between the white and black congregations of the church. While at St. George’s, Allen met Absalom Jones, another minister at the church, and the two founded the Free African Society.

In 1787, Allen, Jones, and other black worshipers were pulled from their knees during prayer, and the entire black congregation walked out, vowing never to return. While Jones went on to become an Episcopal priest and lead the Free African Society toward affiliation with the Episcopal Church, Allen founded the African Methodist Episcopal Church for those who wanted to continue in the Methodist tradition. Originally, the church operated out of a blacksmith shop and had to rely on white pastors for oversight and sacramental functions, but Allen was eventually ordained as a Methodist minister in 1799; in 1816, four other churches joined with what was then Bethel AME Church to establish the African Methodist Episcopal Church as the first independent black Christian denomination. Allen was elected as the first bishop, a ministry he served until his death in 1831.

In addition to making history as a religious protestor and founder and first bishop of the first independent black Christian denomination, Allen and his wife Sarah also operated a station on the Underground Railroad.

Collect for Richard Allen
Loving God, who makes us all your children by adoption in Jesus Christ: May we, following the example of your servant Richard Allen, proclaim liberty to all who are enslaved and captive in this world; through Jesus Christ, Savior of all, who with you and the Holy Spirit lives and reigns, one God, for ever and ever. Amen.

Hannah Grier Coome: Courtesy of the Sisterhood of St. John the Divine
Richard Allen: By Daniel A. Payne [Public domain], via Wikimedia Commons