Gather up the children, wheel in the elders, procure a giant bucket of purple popcorn, and settle in for this week's all-new episode of Monday Madness. That's right, folks, this is not the Lenten equivalent of a Law & Order rerun from 2002. This is a brand new episode filmed live on this very day!

This week, Tim and Scott highlight some of the tremendously creative fans of Lent Madness who have distinguished themselves by their undying devotion to the world's most popular online Lenten devotion. Who says Lent doesn't go hand-in-hand with daily show tunes and limericks?

Perhaps these creative souls were first inspired by Sr. Diana, our hymn-writer in residence and author of the official hymn of Lent Madness (brilliantly recorded by St. Peter's Episcopal Church in St. Louis, MO). But from wherever their creative mojo derives, we encourage more of the same. Keep it coming!

But, of course, that's not all Tim and Scott discuss. You'll also learn about some fascinating upcoming battles this week, including a special limerick challenge on Wednesday!

As always, if you get bored, you can binge-watch Monday Madness or wander up and down every aisle of the Lentorium.

This photo is here for social media sharing. Just ignore it if that's not what you're doing. 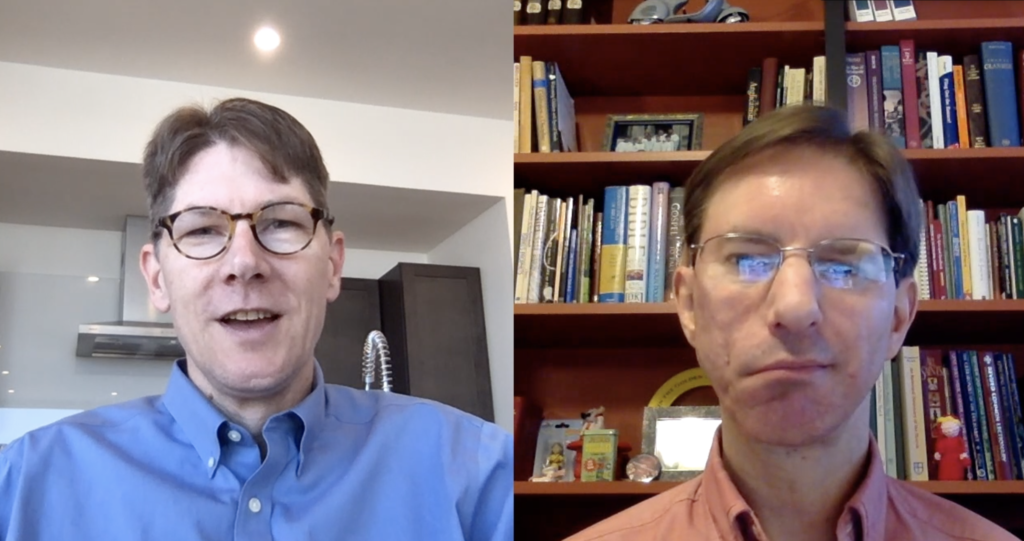