Don't forget in all of these post-opening round matchups, you can always head to the Bracket tab to read write-ups from previous rounds. Now, perhaps, you have a photographic memory and perfect recall. But for the rest of us, everything is archived in one handy place, because an informed voter is the best kind of voter. 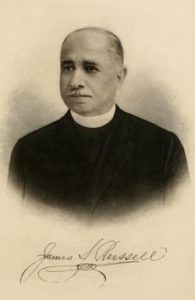 Additionally, early on, during the slavery years, many plantation owners in Virginia strenuously resisted anyone evangelizing enslaved people on their plantations, worrying that baptism could become grounds for manumission. Virginia actually passed a law declaring that Christian baptism could not be so used in 1667, which opened the door for widespread evangelizing to enslaved people--mainly in the Great Awakening.

James himself was one smart dude. His mother gave him the name Solomon, both because she wanted God’s wisdom for him, and she hoped early on he would be a minister. James grew up in a local church before becoming Episcopalian--the Zion Union Apostolic Church. (This church was one of several that formed immediately after the Civil War, because white parishes started kicking out their formerly-enslaved members, and Black people had to reorganize). At a conference of the ZUAC, James proposed that “No man ought to attempt to read in public who cannot read correctly, nor must one take text who cannot read, nor shall any attempt to preach more than one hour.” The ZUAC fell into infighting, and Russell went to the Episcopal Church partly out of frustration. He wrote, in his memoirs, that the exodus of Black folks from white churches was regrettable because, in his mind, while it was true that the church had failed its black members, if they just stayed put, eventually they would have run the whole Episcopal church just through sheer numbers.

Aside from founding a college and founding 37 churches, Russell also founded a black farmer’s conference in 1904--partly to help sharecroppers to stay out debt and to vote (a poll tax had started in 1902). He also was the first black person appointed to the Episcopal Board of Missions in 1923. He campaigned in 1933 to get all references to race removed from the diocesan canons, to allow all clergy full participation in the governance of the church.

Both North Carolina and Arkansas tried to appoint him their bishop suffragan to minister to their black populations, but he declined--saying both that his work at the college was too important, and that a bishop should be for all people--not just some. 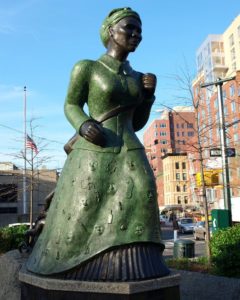 Memorable quotes that were definitely attributed to Tubman include: “I was the conductor of the Underground Railroad for eight years, and I can say what most conductors can't say — I never ran my train off the track and I never lost a passenger.”