Today, in the second battle of a full week of Lent Madness action, it's José Gregorio Hernández squaring off against Constance of Memphis. These two contemporaneous saints and heroic healers have much to say to our current situation of living through a global pandemic.

Yesterday, Cecilia sung her way past Perpetua 54% to 46% to claim her spot in the Saintly Sixteen. 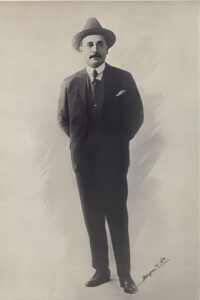 On the streets of Caracas, as in cities all over Latin America, street vendors sell images of the saints—statues, dolls, prayer cards and candles, spangled with sequins or bits of fabric in rich hues. Among the golds, pinks, and blues, you can purchase a small statue of a man with dark hair and a neat little mustache, dressed smartly in a white doctor’s coat and a bowler hat. He is Dr. José Gregorio Hernández Cisneros, one of the most beloved saints of Venezuela.

José was born on October 26, 1864, to a poor family in the village of Isnotú in northwestern Venezuela. In school, José proved to have a natural aptitude for science and became one of Venezuela’s first physicians. He received a grant from the government to continue his studies in Paris; in the 1890s José returned home with what was the country’s first microscope and first blood pressure gauge. At several points, he considered the priesthood, but he ultimately chose to realize his devotion to God through medicine.

Dr. Hernández was at the forefront of medical research in the Americas, but his life’s work lay in direct care, most especially for the poor. He is known to this day as el medico de los pobres, “the doctor of the poor.” He loved house calls and paid patients’ medical bills. His devotion to God and his fellow Venezuelans was boundless, and he was spoken of as a faith healer even as he brought the most cutting-edge medicines to the poorest barrios of Caracas.

During the 1918 flu pandemic, he kept a tireless schedule, entering the rooms of the sick despite his own fragile health. Dr. Hernández died in 1919 when he was struck by a car upon exiting a pharmacy. He was there to buy medicine for those who could not afford it.

The number of people healed by Dr. Hernández in his life was quickly dwarfed by the countless miraculous healings he affected since his death, and it is hard to meet a Caraqueño today who has not experienced the healing gifts of el santo medico. Dr. Hernández is also considered a member of the spiritual court of La Reina Santa Maria de La Onza (Maria Lionza), an indigenous folk goddess. When the doctor was beatified in 2020, Pope Francis confessed that he, too, had prayed to Dr. Hernández for intercession in illness. Dr. Hernández gave his life to Christ in service of his neighbor. The depths of love for him across Venezuela attest to God’s own longing for healing for his people. 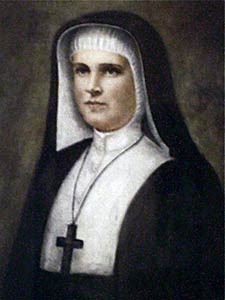 The story of Constance and her companions, the 1878 Martyrs of Memphis, has rightly resurfaced during the COVID-19 pandemic, as we have again seen the heroic sacrifices made by people who care for the sick. At the age of 28, Episcopal nun Constance traveled from New York City with another sister, Thecla, to start a school in Memphis at the behest of their bishop. Constance ultimately became the headmistress of the school and the superior of the sisters of the Community of Saint Mary in Memphis.

In the late nineteenth century, Memphis residents mostly collected water from cisterns or wells and emptied their chamber pots into the streets, which drained into a bayou. After heavy rains, lowlands around the city turned into stagnant waters perfect for breeding mosquitos and outbreaks of yellow fever.

Although people didn’t know the virus was mosquito-borne, they knew drier, higher areas were safer. In the summer of 1878, as yellow fever began to spread, residents who could afford to flee Memphis did so. Constance and her sisters were resting in New York after the end of a school year when they learned of the outbreak. They arranged for money and supplies to be sent, then on August 20, they returned to a city of 20,000, smaller than half its pre-outbreak size of 50,000. The area around the Cathedral of St. Mary was the most infected of the city. The nuns and priests tending the sick refused to sleep outside the city, where they might have been safer, instead choosing to stay to offer care and comfort and look after a growing number of orphaned children.

On September 5, an editorial published in the Daily Avalanche read, “Great God! How his murderous work has increased. Those that are left are busy burying the dead.” But Constance did not blame God. True to her name, she remained faithful and steady in her service. She died on September 9 at the age of 33, with the final words, “Alleluia Osanna.” In addition to Constance, five other Episcopalians ministering in Memphis died, from September 6 to October 4: the Rev. Charles Carroll Parsons, Sister Thecla, Sister Ruth, the Rev. Louis S. Schuyler, and Sister Frances. While we are not all called to martyrdom, we are called to compassion and service in the spirit of Constance and her companions. Those called to the work of healthcare during this pandemic especially embody their Christian love.

Collect for Constance of Memphis

We give you thanks and praise, O God of compassion, for the heroic witness of the Martyrs of Memphis, who, in a time of plague and pestilence, were steadfast in their care for the sick and dying, and loved not their own lives, even unto death; Inspire in us a like love and commitment to those in need, following the example of our Savior Jesus Christ; who with you and the Holy Spirit lives and reigns, one God, now and for ever. Amen.

83 comments on “José Gregorio Hernández vs. Constance of Memphis”