Who will make the Faithful Four the quartet to which it's called? We'll find out in the next 24 hours as John Chrysostom faces off against Zenaida for the final spot. To make it this far, John defeated Margaret of Cortona and Marina the Monk, while Zenaida took down Apollonia and Nicholas of Myra.

END_OF_DOCUMENT_TOKEN_TO_BE_REPLACED

Yesterday, in a hotly contested matchup, Pandita Ramabai made it past William Wilberforce 55% to 45% to claim the second spot in the Faithful Four. She joins Martha of Bethany and awaits two more companions as we move ever closer to awarding the coveted 2019 Golden Halo.

On tap today we have Ignatius of Loyola vs. Gobnait. To get to this point, Ignatius made it past Tikhon of Zadonsk and Marina the Monk, while Gobnait defeated and Hrotsvitha and Paula of Rome.

Also, in a move of largesse reminiscent of the recently defeated Nichols of Myra, the Supreme Executive Committee has devised a method for giving away (yes, for free!) the last three remaining France Perkins Golden Halo mugs. Rather than donating them to the Lent Museum, they will be given away at random to three lucky winners. Click here for details. And if you gave up Facebook for Lent or for Zuckerberg, add not being eligible to your list of crosses to bear. Alas, it's Lent.

END_OF_DOCUMENT_TOKEN_TO_BE_REPLACED

Yes, Virginia, there is a Santa Claus. No, Virginia, Santa Claus will not be advancing in Lent Madness 2019. That's because yesterday, in a 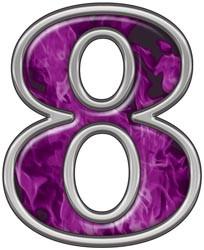 shocking upset that rocked the North Pole, Zenaida defeated Nicholas of Myra 59% to 41% to claim the final spot in the Elate Eight. (Also, Virginia, congratulations on winning yesterday's national championship in that other brackets-based tournament).

We started with 32 saints and 3/4 of them have been cast out, hanging their halos in shame. Okay, that's not how it works - we're pretty sure the saints themselves don't actually care about our little Lenten game of learning. And each and every one of them has already received their own crown of righteousness. Nonetheless, welcome to the Elate Eight.

Who remains? Well, Zenaida joins Martha of Bethany, Photini, Ignatius of Loyola, Gobnait, John Chrysostom, William Wilberforce, and Pandita Ramabai. One of these remaining eight will be awarded the coveted 2019 Golden Halo.

Things kick off with two Biblical heavyweights as Martha of Bethany takes on Photini. To make it to this point, Martha defeated Mary of Bethany and Nicodemus, while Photini took down Ananias and Tabitha. Don’t forget to click the Bracket tab and scroll down to be reminded of what was written about these two in the earlier rounds.

The Elate Eight is also known as the Round of Saintly Kitsch. After basic biographies, quirks and quotes, what else could there be? Now, there are always some folks who take offense to this approach — we call them Kitsch Kranks. Please remember that this round is not meant to belittle or demean our saintly heroes but to have some fun and gaze in wide wonder at the breadth of devotional practice. So kindly relax and enjoy the spirit of the Madness as we push ever onward toward our goal.

For more about all things Lent Madness, tune in to yesterday's edition of Monday Madness, if for some unknown reason you missed it. This week, among other things, Tim and Scott share the First and Great Commandments of Lent Madness.