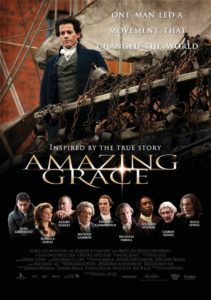 William Wilberforce, as you will kindly recall, led the abolitionist movement in the British Empire, first ending the trading of enslaved people, and then holding people in slavery entirely before his death in 1833. You would expect, for such a one as the great WW, relics and swag would abound, and you would be correct—however, like the man himself, his kitsch is of a singular nature.

First off, I would be undeserving of my Celebrity Blogger title if I did not address the low-hanging fruit, and mention the movie about him—“Amazing Grace.” It appeared a number of years ago, and was greatly beloved by many, despite the fact that the hymn was not about him. (Details, details.)

However, we can do better! Did you know that Wilberforce actually has a city, nay—a country to his name? 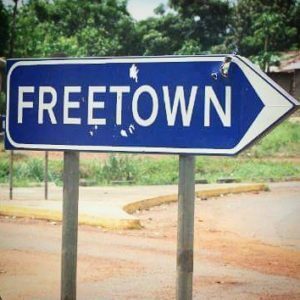 Wilberforce, along with his abolitionist compadres, founded the Sierra Leone Company in 1787, in order to establish the colony of Freetown, in Sierra Leone, and resettle the black poor of London there. His goal was to spread Christianity through Africa and in so doing, stop the slave trade.

It….was not the best-thought through plan, but to be fair, American abolitionists had similarly paternalistic schemes at the time (Hi, Monrovia, Liberia!). But, despite his decidedly naive views on things like colonialism, and the power of capitalism to exert positive moral change, Wilberforce did end up establishing a city that is still there and is awesome. So we can safely rank Freetown among Wilberforce’s achievements, despite some 19th century white-dude-obliviousness. 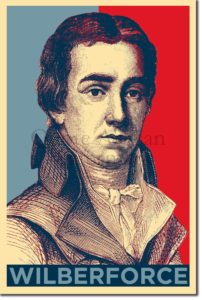 Wilberforce also wrote a book himself, entitled “A Practical View of the Prevailing Religious State” (Spoiler: he thought it was bad!). You yourself can own a first edition of this tome by heading over to eBay. You also can purchase the multi-volume biography of Wilberforce that his children wrote following his death. (Fun fact! The biography so irritated folks like Thomas Clarkson, that Clarkson demanded a public apology from the sons.) 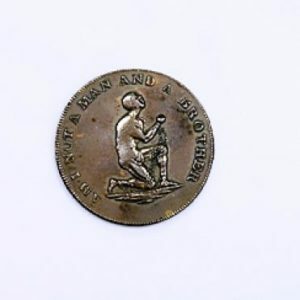 Finally, there is also one of the first viral images ever produced to support a political campaign. Josiah Wedgwood (dishes maker!) designed the image of a kneeling person in chains as the emblem of the abolitionist society, and it appeared on pins, china, pamphlets, etc. Like many of Wilberforce’s endeavors, we now are aware that this image also did some damage. By exclusively portraying enslaved people as begging for their freedom, the abolitionists played into the paternalistic idea that black people were incapable of self-determination and autonomy, when, in fact, slave rebellions and resistance were widespread throughout the Caribbean, West Indies, and the Americas.

On a serious note, I do not intend to throw our friend Wilberforce under the carriage, as it were. Indeed, calling attention to the problematic nature of some of his efforts is in line with his call to honestly examine one’s actions, to ensure they align with the Gospel to honor the dignity of all. Wilberforce was ahead of his time in some ways, and a product of it in others, as are we all, but he inspires us all to pay greater attention to the sufferings of others, even as our world appears to take such suffering for granted. 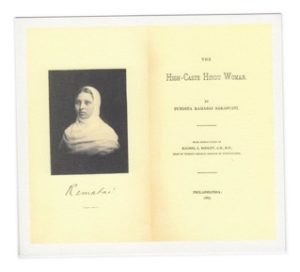 Currently, the New York Times is running obituaries for ground-breaking people, often people of color, whose lives were not honored in the paper at the time of their deaths. The feature is called Overlooked, and in November of last year, it focused on Pandita Ramabai. Indeed, essays and celebrations of her many contributions abound on the Internet these days.

Above, is the title page of her widely selling feminist tome, The High-Caste Hindu Woman.

This biography of Ramabai by Helen S. Dyer was published in 1928. 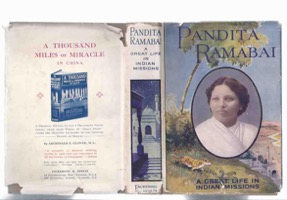 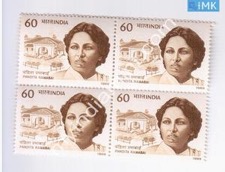 Also belatedly recognizing the contributions of Ramabai, in October of 1989, the Indian Government issued a stamp in her honor. Behind her is shown Sharada Sadan, the “Home for Learning” she built in Chowpatty, Mumbai for young widows to receive education in security.

Today, the resurgence and celebration of Ramabai’s story is so widespread that online social activists are asking “What would Pandita Ramabai say?” as some of us, in my youth, wore “What Would Jesus Do?” bracelets.

Although I am only an observer of Indian culture, I love the idea of this radical feminist Christian from the nineteenth century resurrected as a cultural critic of the twenty-first.

And in fact, her contributions still live, not only in the realm of ideas, but in the continuing and concrete work of the Mukti Mission, where women still come to seek shelter and learn skills to support themselves independently, without need of a male family member. See these inspiring “then and now” photos: 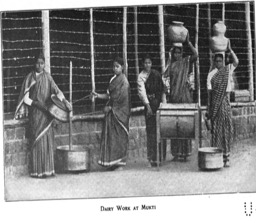 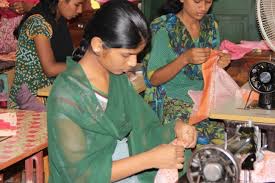 In this photo, we see the modest grave of Pandita Ramabai, feminist and goddess of learning, at the Mukti Mission. But her legacy is anything but modest. 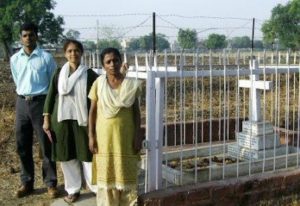 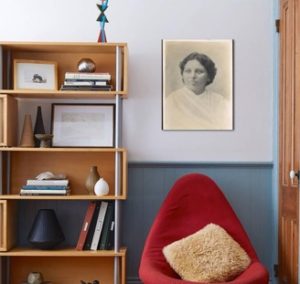 Conveniently, if you too would like to celebrate Ramabai, you can order a framed print of her portrait from many online art outlets, shipped directly to your door.

Or perhaps, in Ramabai’s spirit of service and simplicity, instead remember her by following her example of speaking truth to power and creating opportunities for the powerless to lift themselves up and thrive. May her memory live on and inspire us!