With yesterday’s victory for Brigid of Kildare over Kamehameha IV, 55% to 45%, half the Faithful Four is set. Brigid and Francis are in with two remaining spots up for grabs. Today it’s Bernard Mizeki vs. Molly Brant. Tomorrow Frederick Douglass faces Egeria. Things are fast and furious as we race toward the finish line of Lent Madness 2015! Oh, yeah, and Easter.

Let’s face it, some saints are more prone to kitsch than others. We’re grateful to those Celebrity Bloggers who have not been dealt low hanging saintly kitsch fruit. Like those advocating for today’s saints. Kudos for kitschy kreativity! 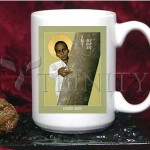 While not as plentiful as, say, Francis or Brigid saintly kitsch, those seeking South African martyr Bernard Mizeki items are not left completely bereft. If you too want to inspire thousands of people to love God and the Gospel get your Bernard M 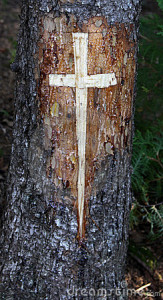 izeki t-shirts and mug — find either in this fashionable design.

Although Bernard was known to be sensitive to the ways of the local Spirit religion, he once angered local religious leaders when he carved crosses into some trees sacred to their ancestral spirits. 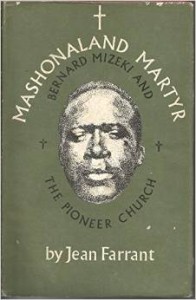 Start off the day right with a hot cup of coffee in your Bernard Mizeki mug as you plan out the best way to use wood carving tools to carve out crosses on trees just like Bernard! (Caution: this might anger some folks).

Tree carving not your thing? Then pick up this wonderful book and learn more about an amazing pioneer of the church. 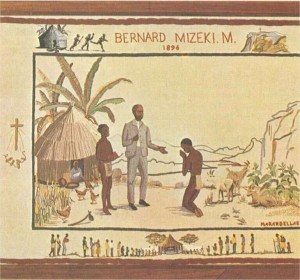 Or hang this beautiful tapestry on your living room wall to remind you that true discipleship means that there will be times where your life will be in danger and instead of running away we must stand our ground and proclaim the Gospel at all costs. 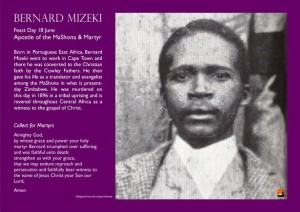 lovely badge on our blazers.

Not ready to commit to an organization? Then simply carry with you this payer card with Mizeki’s picture and recite the collect for Martyrs to remind you of the courage we all need in order to proclaim the gospel wherever we may be. 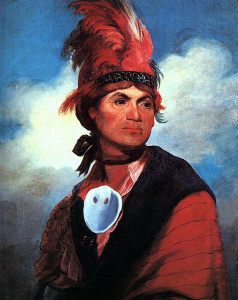 Long before Sheryl Sandberg wrote Lean In and got the internet all abuzz, Molly Brant was already leaning in.

Long before networking became a skill at which extroverts excelled and introverts avoided, Molly Brant was already establishing connections and making deals. 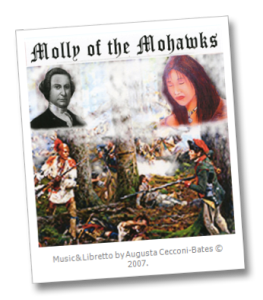 Brant was walking and riding its dusty paths as a business leader and a mediator.

In short, Molly Brant defies categorization. As one historian wrote, “Molly Brant…did not typify the acceptable metaphor. She was active and pragmatic enough to adapt to the shifting realities of her day…In short, she grew into her own voice, appropriating a role seen by Europeans as a function of masculinity.”

Unlike some of the other wonderful saints featured this season, Molly has not received a great deal of attention or acclaim in American history. No doubt, she made mistakes and was known for her dogged stubbornness and occasional defiance of political norms. She was, however, a woman who lived beyond the cultural, political, and religious limitations of her era. She faithfully integrated her Anglican faith with her Mohawk heritage without confusing the two. 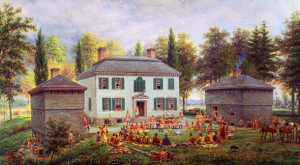 While criticized for her support of Great Britain during the American War of Independence, such criticism is based on hindsight. Everyone wants to be on the side of the winner, of course! One cannot disregard how Molly and her family were able to create an alliance with the British that helped preserve what remained of Mohawk land and culture. As one scholar noted: “Viewed as a woman of her people, Molly Brant must be viewed as effective if not ultimately successful because she…understood that the Mohawk Valley would inevitably pass from tribal hands…She sought to carry something of the Mohawk/European past into a future stabilized by British military might.” 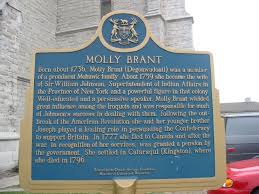 Molly was not without a playful side, though. Legend has it that as an older teen Molly drew the attention of her future husband, Sir William Johnson, by jumping out to surprise him from behind his horse during the militia’s muster. She was also known to intrigue dignitaries who visited the family home with her wit, wisdom, and impeccable graciousness as a host.

Long before it becomes too late, cast your vote for the one-of-a-kind Molly Brant.