Due to a glitch at Lent Madness HQ, we didn't get yesterday's episode of Monday Madness uploaded in time. We know you were crushed. But then, when it comes to Lent Madness, you get what you (don't) pay for.

In order to console you for that extra wait, Tim and Scott hereby offer you an extra-special and exceedingly rare Tuesday edition of Monday Madness. Watch now for the inside scoop on the Lent Madness take on Super Tuesday, tips about how you can win your very own St. Francis of Assisi, and a sneak preview of soon-to-be-released Pocket Lent bonus trading cards.

Will Scott read Tim's fortune using Pocket Lent cards like some sort of penitential fortuneteller? Or will Tim pull off a Pocket Lent card trade with Scott for three former Golden Halo winners and a saint to be named later? Watch the video, and all will be revealed!

This is just here for social media sharing. Move right along. 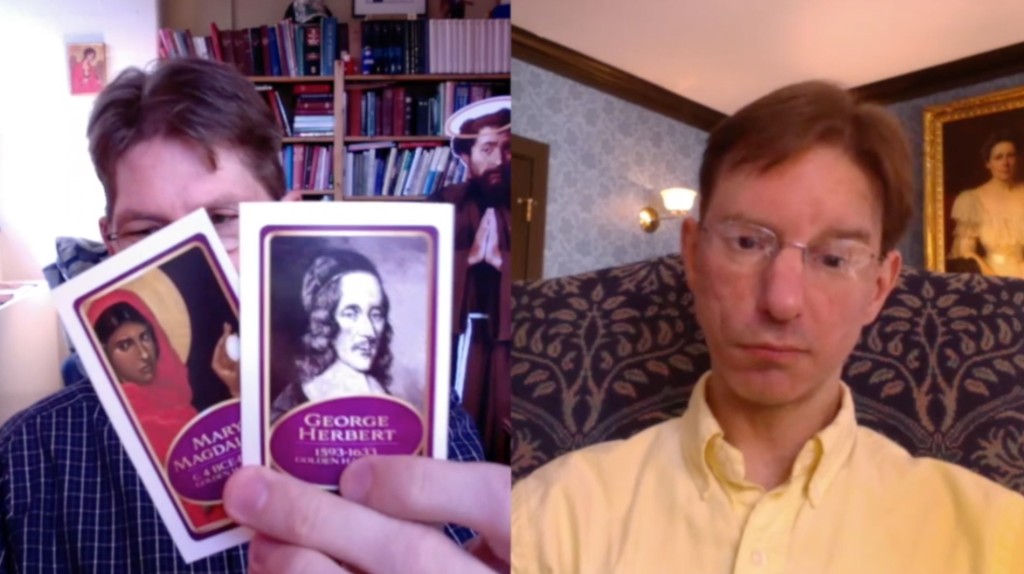