Thomas Cranmer vs. Emma of Hawaii

Before we head into the weekend and another bout with LMW (Lent Madness Withdrawal) we must first finalize the saints of the Faithful Four. Mary Magdalene? Check. Dietrich Bonhoeffer? Check. Margaret of Scotland (very close call yesterday as she barely squeaked past Enmegahbowh!) Check. Today you will decide whether Thomas Cranmer or Emma of Hawaii will join this august trio in forming the holy quartet that will move forward in their pursuit of the Golden Halo.

To get this far, Thomas Cranmer defeated Ephrem of Edessa and Columba while Emma's road included surprising victories over Catherine of Siena and Paul of Tarsus. Check out the updated bracket to see how things have played out thus far.

We will begin the Faithful Four straightaway on Monday morning with Mary Magdalene taking on Margaret of Scotland. Then on Tuesday it's Dietrich Bonhoeffer battling the winner of today's match-up. Finally, voting for the winner of the Golden Halo will take place on Spy Wednesday. Enjoy a breather this weekend -- you've earned it! And be ready to go on Monday of Holy Week.

To this writer’s dismay, it seems no one has yet made a Thomas Cranmer action figure. If anyone has pull at Mattel, please put in a good word for the archbishop. The kitsch surrounding the writer of the Book of Common Prayer is pretty thin; however, Cranmer has the distinction of being the Archbishop of Canterbury played by more film and TV actors than any other. 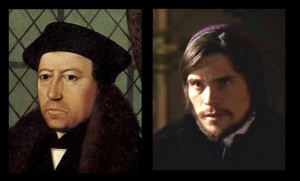 Most recently played by Hans Matheson in The Tudors, 22 actors have stepped into the role since 1911 (according to IMBD.com). The character of Thomas Cranmer has even appeared in a film that won the Academy Award for Best Picture – A Man for All Seasons in 1966. This makes Cranmer the only member of the Elate Eight to appear in a Best Picture winning film.

Several Do-It-Yourself-ers provide goodies for those of us interested in Cranmer’s kitsch. 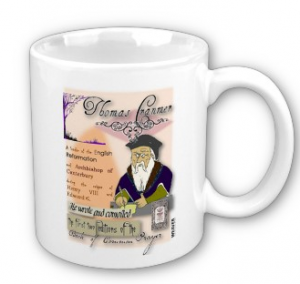 Coffee mugs, T-shirts, bags, and mouse pads, among other things, are all available. If you head to England, you can stop by the site of Cranmer’s martyrdom, marked by a brick cross on Broad Street in Oxford. The Martyrs’ Memorial, built in the 1840s, includes a statue of Cranmer, and it stands in St. Giles Street, also in Oxford.

Looking to test your Cranmer knowledge? Take a ten-question quiz here. Finally, if you’re into historical fiction and mysteries, take a look at C.J. Sansom’s Matthew Shardlake mystery series. Running into our archbishop is a real treat: he is a character in Sovereign (2006) and Revelation (2008). One last thing: I want a Cranmer bobblehead. Can someone get on that? 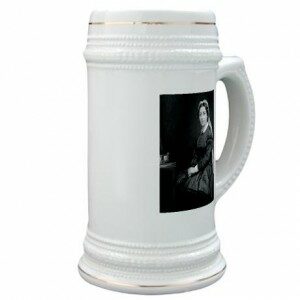 While Queen Emma of Hawaii - unlike her opponent in today’s match-up - never composed beautiful language that I will babble from the depths of memory (along with all the words to the Brady Bunch theme) when I am old and eating strained carrots in a nursing home, she influenced and improved the physical, spiritual, and mental health of thousands, perhaps millions, of people in her time and moving forward to our own day.

Kitsch-wise, she has her share but, after a small sampling, we’ll take a look at her real influence.

rfest whether with this impressive stein on the shelf or in-hand. Cheers!” The same photo of Emma may be purchased on a regular mug, a throw pillow, or a journal in which to pour your soul to the kindly queen. 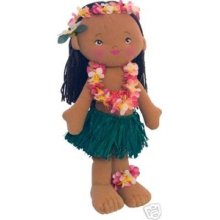 For those who wish to share their enthusiasm for Queen Emma on their person, there is the “Emma and Proud” tee-shirt (pink only).

If you feel the need to cuddle up, there is always the 14-inch Emma friend doll from Buns of Maui on sale for only $25.19.

The philatelists among us are not left in the cold in the Emma-Commema-ration department. There are postage stamps, both old and new, commemorating Queen Emma, including a $9 stamp issued in 2011 to celebrate the 175th anniversary of her birth. A nine dollar stamp! The U.S. Postal Service just issued stamps bearing the visages of José Ferrer and Danny Thomas for a mere $.45. 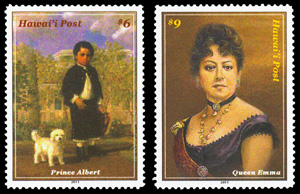 [Celebrity Blogger’s Note: “In 1989, the 500th Anniversary of the birth of Thomas Cranmer...was celebrated. Actually, the event barely raised a whisper in England, where the good man...was denied a commemorative postage stamp!” Journal of Anglican Studies, November 2009, Vol. 7, No. 02, p. 246. Just sayin’.]

But back to influence.

Beyond the legacy of creating the premier healthcare center in the Pacific, beyond her tireless promulgation of the Anglican way in the Hawaiian islands through the establishment of schools, churches, and the Cathedral of St. Andrew’s, she exerted a profound influence on western social and cultural trends. 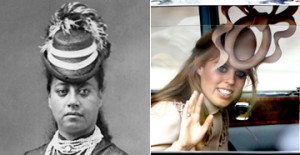 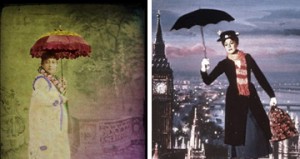 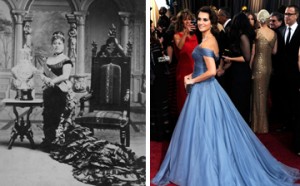 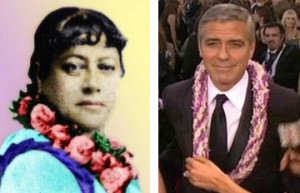 Thomas Cranmer vs. Emma of Hawaii

141 comments on “Thomas Cranmer vs. Emma of Hawaii”