Gather the kids and the neighbors! It's time for the last pre-season Monday Madness episode for Lent Madness 2020. Tim and Scott dole out last minute advice on preparing for Ash Thursday, the traditional start to the annual Saintly Smackdown. Lent Madness launches on February 27 with an epic battle between Thomas More and James the Less. It promises, more or less, to be the best Lent Madness opener ever!

Buying printed Lent Madness material is still possible at the Lentorium, but shipping costs could be high. The good news is that there's no shipping on the Kindle version of the Saintly Scorecard. So make sure you have the definitive guide to Lent Madness loaded on your device. If you see Scott or Tim, they'll be happy to autograph your iPad with a purple Sharpie.

This week's video also features some shout-outs to churches taking part in Lent Madness. This follows on the heels of this morning's blog post highlighting Lent Madness zeal around the globe. Now so far, we've shown Episcopal churches, but we know there are Roman Catholics, Methodists, Presbyterians, and more, playing along. Send us your photos, and we'll share them on our social media or maybe even in a future blog post or Monday Madness. Don't hide your Lent Madness light under a bushel basket!

This is down here to help social media sharing. So there. 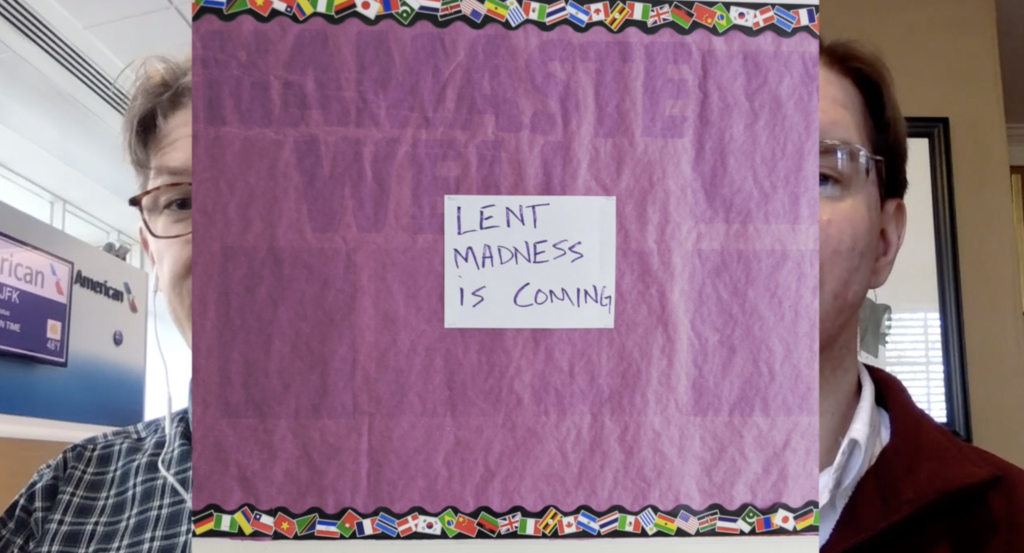