At the midway point of the Elate Eight, the onslaught of saintly kitsch continues as Ives of Kermartin squares off against Arnulf of Metz. To get to the Elate Eight, Ives bested Jacapone da Todi and Dunstan, while Arnulf took out Vincent Saragossa and Egeria.

Yesterday Absalom Jones advanced to the faithful four, taking down Catherine Booth 55% to 45%.

Time to head to the voting booth! 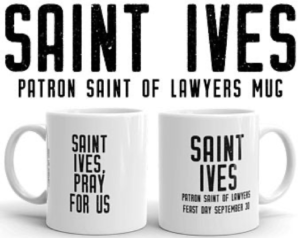 Advocate of the Poor, Defender of Widows, Ideal of the Legal Profession, Patron Saint of Attorneys. 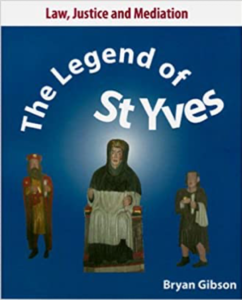 Ives is known by many names and honorary titles. Nonetheless, his dedication to the law and devotion to fairness while meshing with his faith are admired, heralded, and emulated. Remarkably, you’ll see  tributes to Ives pop up in all sorts of places.

In the United States and throughout Europe to the Middle East, legal organizations are named in his honor. The Society of St. Yves is a Catholic human rights organization based in Jerusalem. St. Ives Chambers is a law partnership in London, and the Conférence Saint Yves, or the Association de la Saint Yves Lyonnais, is the Luxembourg Catholic Lawyers Association.

Schools named for him include St. Ivo Academy in Cambridgeshire, United Kingdom, and Saint Ivo's 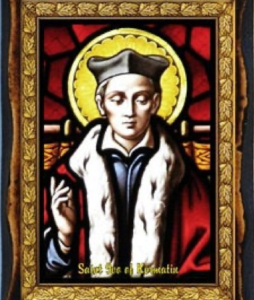 His image shines in stained glass windows and his face has graced canvasses by such great artists as Rogier van der Weyden, Lucas van Uden, Josse van der Baren, Jaques Jordaens, and Jacopo da Empoli. A church is named for him in Brittany, France, while an ornate wall hanging is featured in Waldkirch, Baden-Württemberg, Germany. 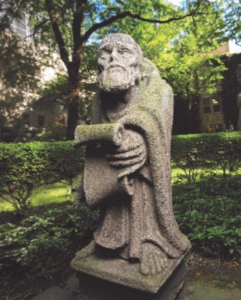 A delightful Ives sculpture is located on the campus of Northwestern University in Chicago, while there is an impressive statue of him in Prague.

You can read about him in “Law, Justice and Mediation: The

France honored Ives in 1956 with a stamp.

You can view his relics, including his skull, in Treguier in France.

To keep Ives close to you, wear a shirt emblazoned with the school motto, frame and hang painting reprints, drink from a, Ives mug, or keep from losing your keys with a key chain featuring his visage. 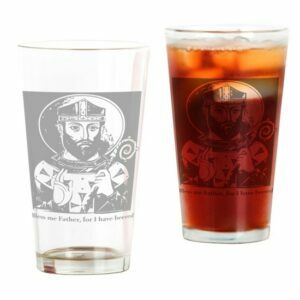 Saint Arnulf of Metz (582-685) has inspired many over the centuries. And so whether it’s a signature IPA, an Imperial Stout, an OctoberFest Ale, or their magnificent Root Beer, pour yourself a glass of Saint Arnold’s into your “Bless me father for I have beered” pint glass and celebrate Saint Arnulf (Arnold) of Metz, patron saint of brewers. 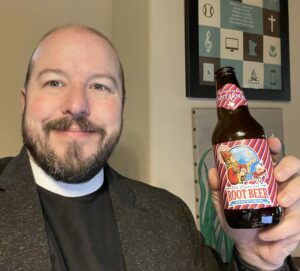 Remembering the royal offspring that would come from Arnulf, we will make sure to dress appropriately for our celebration: put on a t-shirt bearing one of Arnulf’s great quotes: “From man’s sweat and God’s love, beer came into the world.” If you’re feeling fancy and festive, you might even put on these amazing “beerings” with the image of the Saint on them. 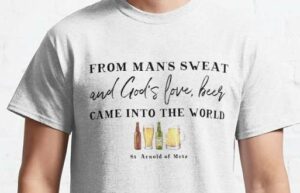 At the end of the day, you may find yourself too worn out for the drive home – perhaps you even spent too much time following Arnulf’s advice: “Don’t drink the water, drink the beer.” Being a safe and good citizen, you call for an Uber. Who could expect that the Saint Arnold art car would take you safely back to your home? All eyes are on you as roll through the streets of Houston in this mobile masterpiece. 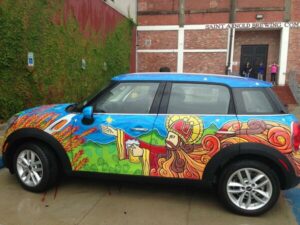 Coming home, you recall Arnulf’s hospitality to the poor travelers who came to Metz – the ways in which he gave warmth and shelter to them all. You wrap yourself in your blanket

that is adorned with the Coat of Arms of Arnulf’s powerful descendant Charlemagne, and prepare to rest for the night.

86 comments on “Ives of Kermartin vs. Arnulf of Metz”