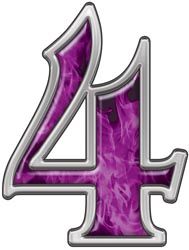 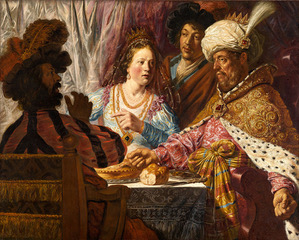 I was introduced to Esther the same way most of us are. She was the pretty, beauty-pageant winner in the book of children’s Bible stories. She seemed glamorous and likable—like the popular cheerleader in high school. It wasn’t until later that I began to see her as a partner-in-crime.

Esther, the only popular biblical heroine who does not fit either the category of mother or reformed prostitute, somehow manages to survive and prosper in a world that sees her at every turn as less than human. Consider the story we know: the king begins his search for a new queen only because Vashti makes the (perfectly reasonable) request to not attend his dinner party so he can show her off. The king picks Esther to marry, not because he loves her, but because she’s the prettiest. So Esther becomes queen, having realized two fundamental things at the exact same time: first, that her worth consists solely in her appearance, and secondly, and most crucially, that will not protect her life from the king’s displeasure.

And yet, in this most dehumanizing situation, Esther steps up and intercedes for her people, valuing their safety and security just as highly as 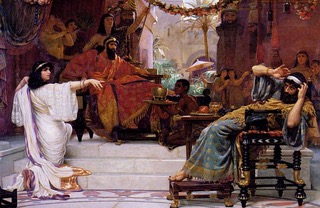 she prizes her own. In so doing, she became an inspiration and adopted patron to the countless conversos of Spain who were baptized at the end of a sword. Through her aid, they held onto their belief in their own humanity, their faith, and God’s goodness towards them. Esther remained, for them, a sign that God still acted for God’s people even when the truth was shrouded, religion perverted, and all seemed lost.

For us, Esther is an example of faithful leadership. Having made her way into power and privilege, she then uses that privilege in the service of those without it. Esther is a model of leadership through kenosis; a self-emptying leader who risks her life just as she had managed to save it, so that others, too, might be as free as she.

In these turbulent times, may we all be as brave as Queen Esther. 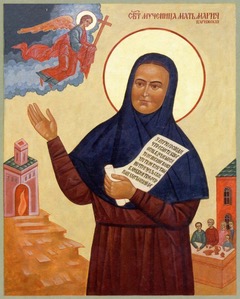 Maria Skobtsova was a simple woman, who lived a simple life. She was born in Russia, under the czar, and early on, discovered a passion for art and the life of the mind. She joined the Russian Revolution, but became disenchanted with it soon after.

She finally found what she had been searching for in the Church. She studied theology and ultimately took orders as a nun. But what set Maria apart was not her dedication to the church—it was her dedication to the world. When she took her final vows, she required the bishop to make her a promise, that she would never be taken out of the world. For her, serving the people who suffered was the true calling of Christ. That was where she found her greatest call. She frequently ran into trouble with the other nuns and priests she brought to her boarding house in Paris, because she would skip the daily prayers in order to attend to some emergency with someone off the street. She was notorious for her stubbornness, but she persisted, replying “At the Last Judgment I will not be asked whether I satisfactorily practiced asceticism, nor how many bows I have made before the divine altar. I will be asked whether I fed the hungry, clothed the naked, visited the sick, and the prisoner in his jail. That is all I will be asked.”

Maria lived such a dedicated and passionate life that it is difficult to sum it up briefly. She was, above all, clear in her calling and in her purpose,

even when it confused and confounded everyone else, including her own Church. When she found the sick, she nursed them; when she found the homeless, she housed them. When the Nazis began rounding up Jews for deportation, Maria snuck into the Vélodôme d’Hiver in Paris and brought them food, and falsified baptismal certificates. At every point in her life, it was clear that she knew the call of Christ, and nothing, not society, not the church bureaucracy, and not even Hitler’s legions, would stop her from following.

Sadly, there were not many following Maria’s path during the Nazi occupation. Far too many Christians chose silence and denial to survive, rather than courageous resistance for the sake of the gospel. Yet Maria shows us just how powerful one person’s act of sacrifice can be. While in the moment, it may seem to have been in vain, if Maria’s life can shine a light for us in our day, then she will have accomplished something magnificent.

180 Comments to "Esther vs. Maria Skobtsova"