BREAKING EXCLUSIVE: The SEC Reveals the Truth Behind the Archbishop's Resignation 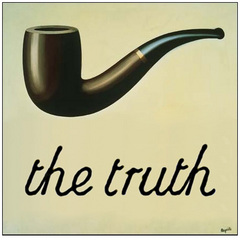 It is impossible to overstate the worldwide impact of Lent Madness. Not only is Lent Madness having an impact from Houston to Toledo, but even Lambeth Palace has been shaken to its foundations. Savvy Lent Madness commenter and intrepid reporter Jason Tillman writes about the truth behind the recent news from Lambeth. After much investigation, the Supreme Executive Committee is now able to confirm that Lent Madness is responsible for the leadership change in the Anglican Communion. Here is Tillman's report:

Archbishop of Canterbury Rowan Williams must be following Lent Madness. He was so impressed with Mary Magdalene’s trouncing of Joan of Arc that he was moved to accept the post at Magdalene College!

Obviously, Rowan Williams felt that it would be impolitic to resign immediately so he could devote his full energy to cheering on Mary Magdalene in Lent Madness 2012. But his resignation will have boosted her name recognition even further. And it is almost certain that his decision to go to Cambridge (as opposed to Kenyon College) must have been influenced by his desire to be associated with a Lent Madness winner.

Who knows what other world events will be influenced by Lent Madness? Will parents start naming their children Enmegahbowh? Will Santa Claus give up this year, and will children receive copies of books they'll never read? Will helicopter parents finally back off, thus enabling their children to be chaste, but "not yet"? Will people named Thomas ever regain their self-esteem?

All we know for sure is that the next Archbishop of Canterbury had better be more impressive than Theodore of Tarsus if there's to be any hope of getting past the first round of Lent Madness.

Finally, the SEC did want to quell one rumor that has Twitter all abuzz. In a jointly released statement Scott and Tim made it clear that neither one of them will accept the nomination to serve as the next Archbishop of Canterbury. "We are utterly dedicated to the task at hand: helping Lent Madness attain world domination. While we would both willingly accept a few hand-me-down cloth-of-gold copes and perhaps even the bishop's throne itself from Canterbury Cathedral, reliquishing a spot on the Supreme Executive Committee to become the titular head of the Anglican Communion would be a vocational step backward."

We trust this knowledge will allow Lent Madness Nation to sleep soundly this evening. And not merely because you have gorged yourself on corn beef, cabbage, and Guinness.

11 comments on “BREAKING EXCLUSIVE: The SEC Reveals the Truth Behind the Archbishop's Resignation”